"That person" talked to me seriously, since I was a child, I never treated it as a child, I came as a human being, I asked a story if there was something. I did not do anything against the way I dreamed and aimed to aim. In my boys there is the word "that person" continued to tell me about once a year. "If you have something you want to do, choose it, choose your favorite path, but never oppose - but be sure to take responsibility yourself instead. Let's take care of the university, but the university Be sure to live by yourself alone when you leave. " 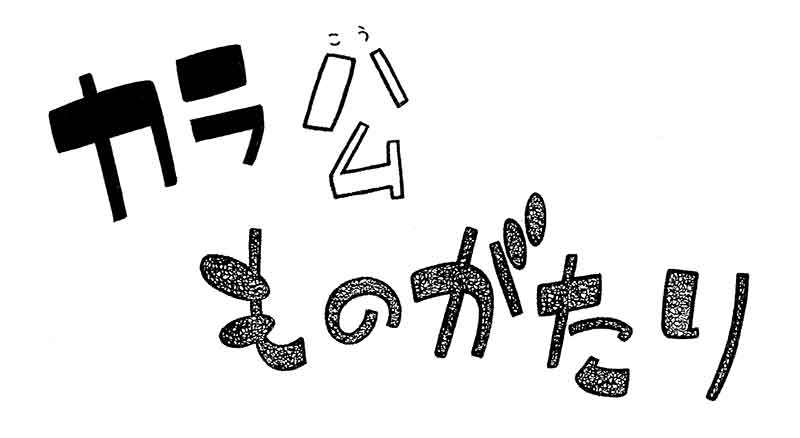 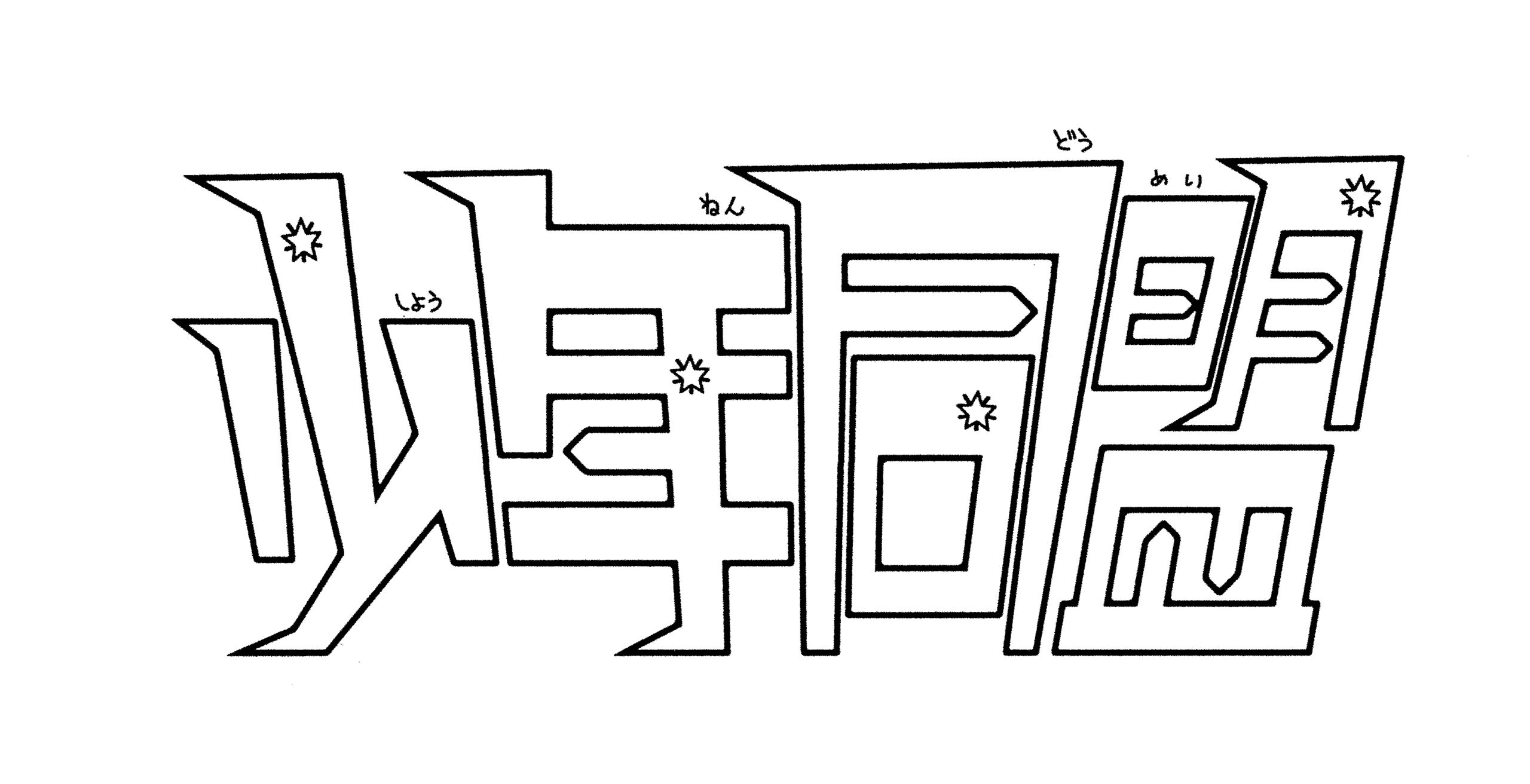 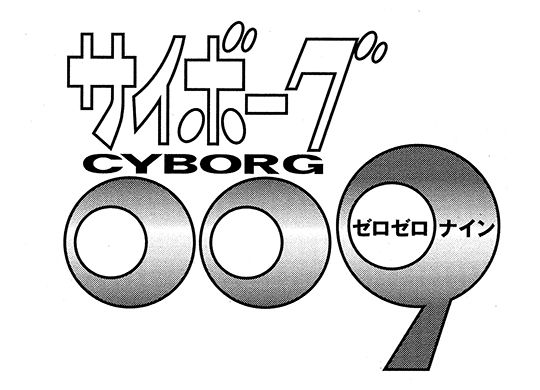 I was asked to explain the work in an essay style, and I wrote it in this way, but I wanted to introduce a work that is not well known to people. However, suddenly the big title (laughs) However, this time, I will limit it to the Vietnam edition. This area is a little core (laughs)

He has drawn many works, countless masterpieces of feature films, and of course, there are many memorable short films. If you compare it with a novel, there are quite a few works that are my novels, if you look at the author's work group. Looking at such works side by side, I feel that there are many stories about events in my hometown and the Tokiwa era after moving to Tokyo. 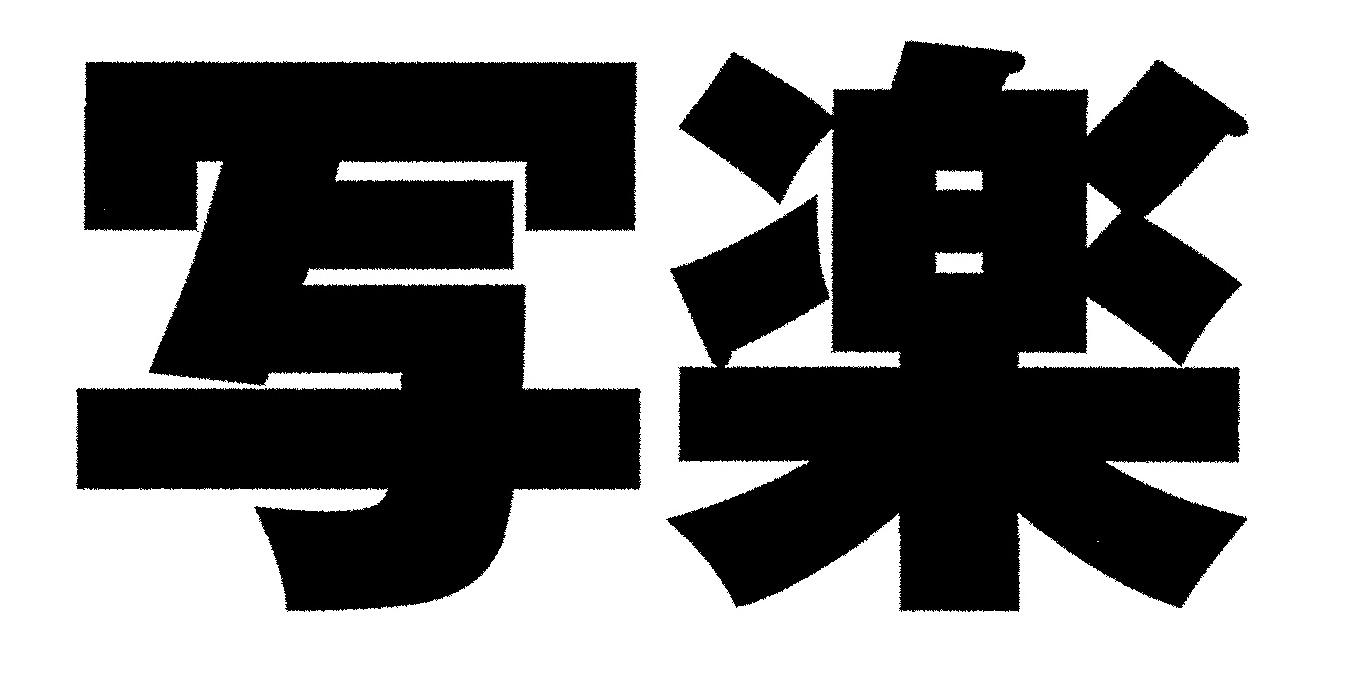 I also create plays in the unit of dozens, but one of my favorite works is "Horohoro", the only historical drama work. However, to be more precise, it is not a complete historical drama because the story advances while linking the present and the Edo period. Rather, it's a fantasy work.

"Kiri to Rose to Hoshi" 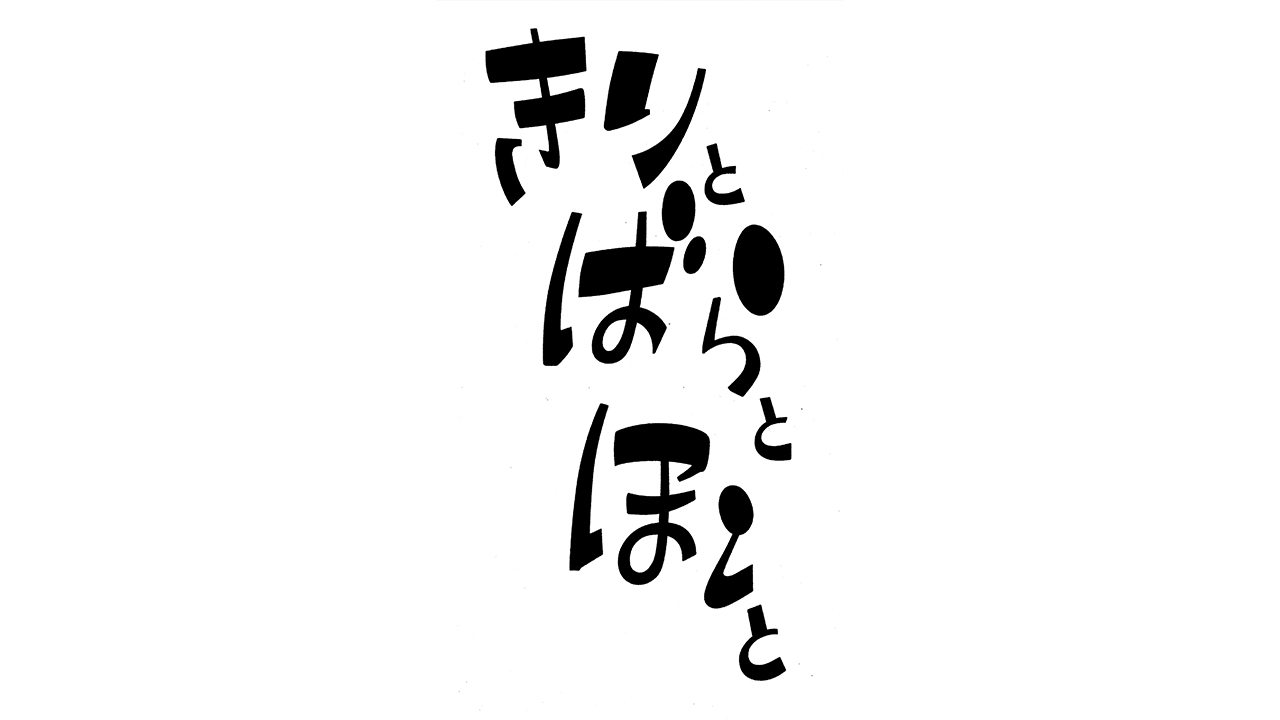 I was consulted by Ishimori Pro asking if I would like to serialize the essay as I felt while following the Ishimori work, and I am repeating this way, but by touching each work one by one I'm so happy and happy to hit the keyboard with me every time, as I seem to have had the time to meet Ishimori, who I respect more than anyone in the world.

Just as actors change their performance as they age, so does the touch of Man Painter. In an interview, Professor Tetsuya Chiba said, "I can't write the length of Yabuki that I drew at that time with the same touch even if I am told to write it now."

"Night has a thousand eyes" 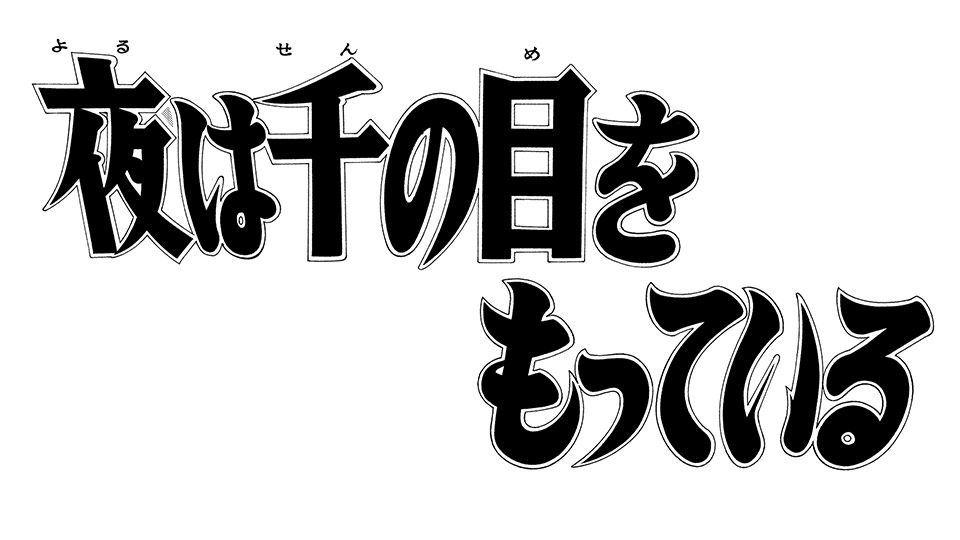 Not only for Manga, but for novels as well, there are two forms when publishing in a magazine, a long work that continues serialization and a short read-through work. This time, I would like to put a spotlight on one of those read-through works. 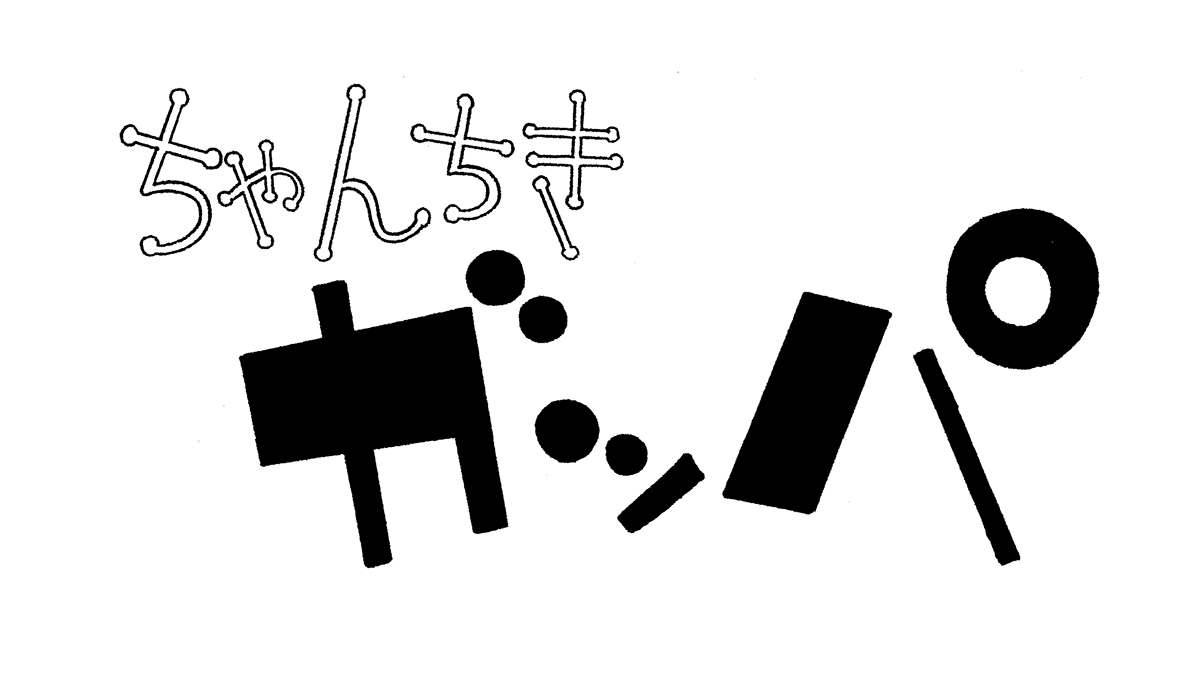 Even genres that I didn't watch when I was a child can be enjoyed and enjoyed when I grow up. One of them is a work of the genre called "era drama".

This work is really impressive. I was in elementary school. Immediately in the neighborhood, my junior high school sister was reading a weekly girl comic series serializing "Agarta". One day, he came to me and asked, "Tell me what happened." He wanted to know the continuation of the last scene of one week, so he couldn't wait until the next week.

Even genres that I didn't watch when I was a child can be enjoyed and enjoyed when I grow up. One of them is a work of the genre called "era drama".

Unlike short editing with a single theme, it would have been a lot of fun to be able to make a presentation with a read-through without being bound by the theme you want to draw. 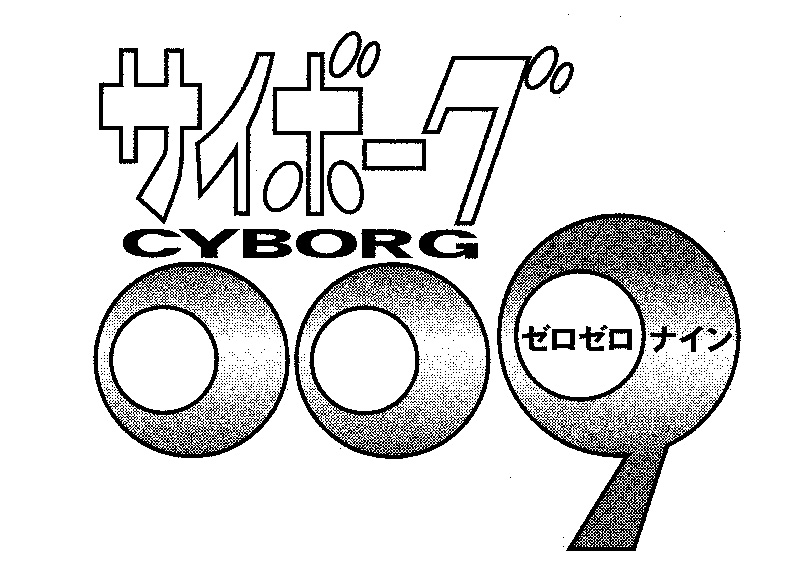 In the world of actors, there is a phrase that “it is not against animals and children”. No matter how hard the actor works, it means that if animals or children appear, they will be eaten all-

I was often told by Ishimori. “Your talent is only 1%, 99% of that is effort.” My words are engraved in my heart and I value it. In particular, this was an influential word that was reflected in my view of life. While thinking about that, I tried to open the author's debut after a long time.

I am an actor, but I also produce theater and create works. In the world of entertainment, the most difficult thing in acting is often to make people laugh. It is much more difficult to make you laugh than to make you cry. This is true for works and movies, even plays. I do not understand the world of manga well, but I have a similar impression.

If you like comics, this is the most famous apartment name. Even if you are not familiar with manga, you may have heard this name once. As Mr. Tezuka was working in this apartment, the editorial staff introduced the place every time the manga artists' eggs went to Tokyo from the countryside, so it was a place where young manga artists came to live.

The serialization began with this work, the first issue of Weekly Margaret. Along with the magazine, E-chan also gave birth.
I think that it is very courageous to try to draw a gag manga in the girl manga magazine to be launched.
After all speaking of gag manga, boy's magazine is a staple.
However, I think that it was a challenge only for the author who challenges everything without experiments and without evolution.
The protagonist who gave rise to the challenge is such a wonderful character that remains in the heart of a person, as it is so rare and rare in manga history.

"Monthly COM", a magazine launched by Mushi Pro Shoji in 1967. I have heard that it was a place where you can do avant-garde experiments with a great emphasis on writer nature. So I started serializing "Fantasy World Jun".

"Sabuto and the capture of city capture - The story of Sumidagawa" 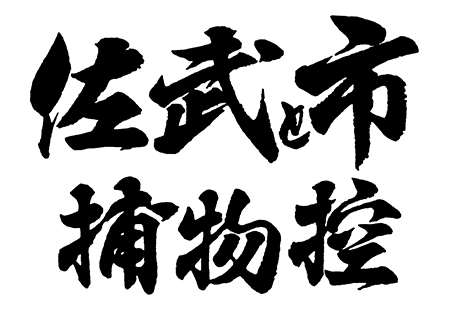 There is an editor called Konishi Yuunosuke who was in charge of Ishimori at Shogakkan.
Every year he always visits his house in the New Year, and he is drinking alcohol with Ishimori for many hours deeply.
At the time of the last hospitalization, I visited a wedding visit, I left a word saying "There were various things" toward the sleeping face of Ishimori wrapped around a pipe.

Mr. Konishi Yunosuke of the former Shogakkan who is keen to ask about our wedding ceremony. Though I was introduced before, I am the one who started Big Comic for Ishimori. In the world of cartoon magazines, for the first time, I created a magazine for adults to read, so to speak, I was the one who caused a revolution in the comic industry.

"I also have two boys and I have actively participated and raised child rearing as much as possible.With contacting with children, I can understand what I prefer with my child's eyes for the first time. Born on, the character that first likes kids is probably "Anpanman".

It is a work serialized after "Jun" in "Monthly COM." If you touch this work after knowing about "Jun", you will learn about its genealogy. That is, if you write a work called Cyborg 009 in a magazine that allows for an avant-garde experiment with emphasis on authorship, you are convinced that it may not become such an expression method.

Who was it ... Certainly, was Ishimori's disciple, was it another manga artist ..., no, was he totally unrelated to manga ... anyway, I was told by several people. "Everyone misunderstood in this book" (lol) "Of course the teacher is a really sinful person," he said of course laughing. If you follow only the letters, it sounds like a very bad word, but everyone, I tell everyone with a smile.

Manga was the mainstream of the monthly magazine, the weekly magazine began to appear, manga artists began to be chased by time. I think that it was also around this time that the idea of division of labor was born in manga production. A person who creates a story and draws manga based on it.

I used to have a regular drama called "Skevan Criminal". Although the manga is the original, it is not an Ishimori work. The work of Shinji Wada. Thankfully, I have appeared in both Part 1 of the Saito Yuki starring and part 2 of the Minamino Yoko starring. It was the setting that the Skevan detective starring that Yoko was originally wearing an iron mask.

This is a sequel to "Drunk Detective Iron Face Cross". The setting is completely the same, and it is also the same that the main character adds the foot of octopus. The only difference is that the cross is a hero work, but this is a true detective manga. Besides, though it is subtle, I feel like I'm writing a little maturely, conscious of the touch of the picture.

As an actor, he took the first stage from 15 years old and studied under many senior actors such as Umezawa Takeo, Umezawa Fumio, Beach Kotono, Fujita Makoto, Left Tonpei, Watase Tsunehiko and many other senior actors. Currently, Serious is also recognized as an individualistic comedy actor who can also perform. Besides, he studied under Sanshitei Wynn window, got a name "Sanriutei Mai Univ.", And the skill of Rakugo with Takaza experience is also said to be semi-professional. His rakugo is also shown, and her own single play, which plays in the composition of a series of short stories, has gained a high reputation for the breadth of its performance as a performer separating the strange and several members of its composition.

Although it is flagged at the age of 20 and there is a charge period of 10 years on the way, the drama activity of the production unit JOE Company is still continuing as a life work.

As well as evaluating as a producer of theater, the work that creates and directs scenarios and directing is a style that can only be drawn by himself, regardless of SF, fantasy, comedy, mystery, suspense, love story and genre.

It is drawn into a unique idea involving extraordinaryness everywhere, laughing at a comic rich story, being touched by the universal theme of human beings, expressing with a composition precisely kneaded and a bold production Freaks that are enthusiastic about their own world being rapidly increasing. Evaluation as a creator is also climbing every time a work is released.