The author is alive as long as the work is appreciated.
My mission is to continue to deliver Shotaro Ishinomori.

A long interview with Masato Hayase, the last beloved disciple of Shotaro Ishinomori and the manga artist who supports the current Ishimori Pro. Talk about the real faces of the great masters who left Guinness records. 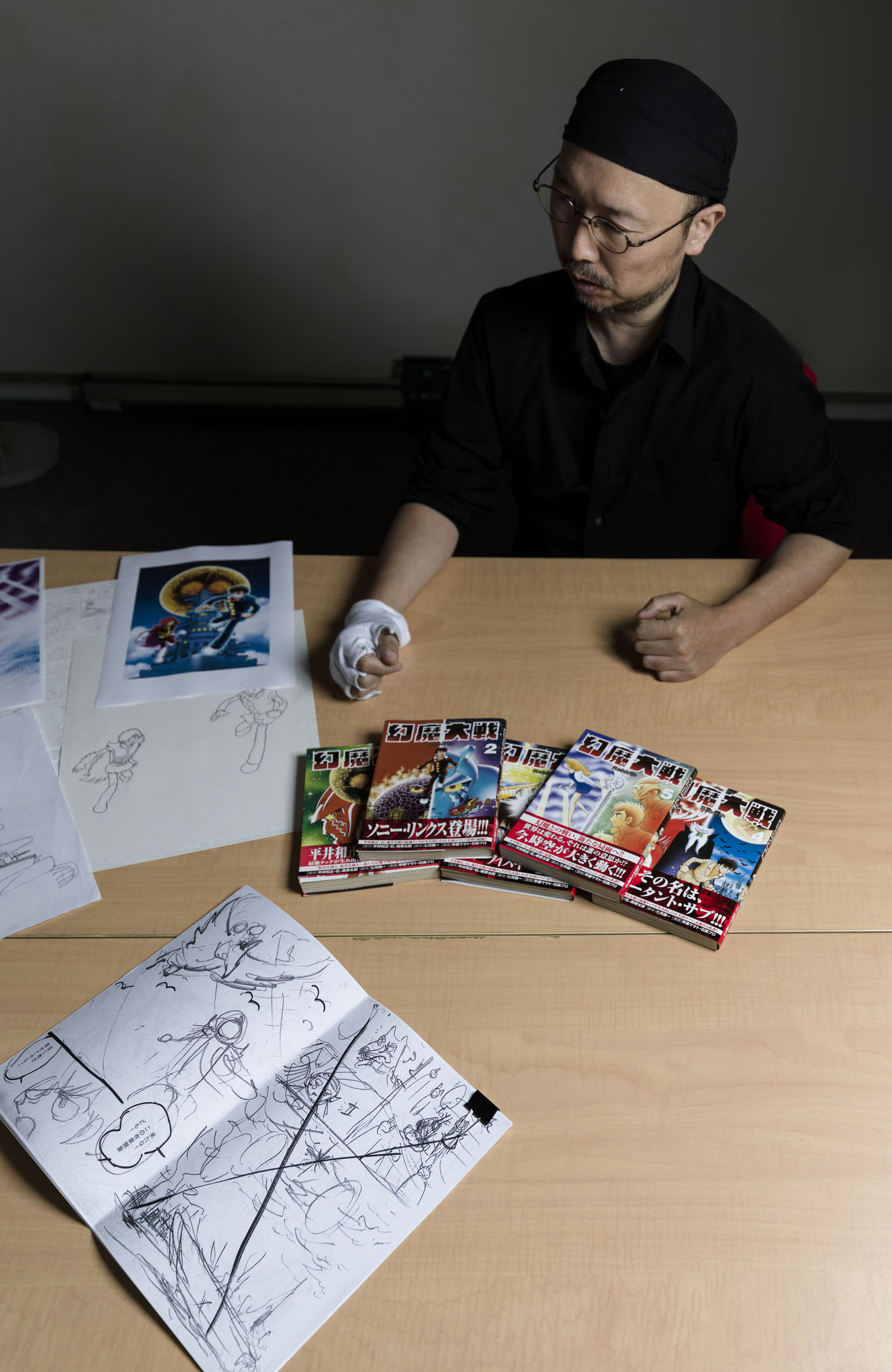 You can become a manga artist! ?

—— Did you become an assistant smoothly?

Hayase In fact, before becoming an assistant to Ishinomori-sensei, the editor in charge was in the process of bringing the manuscript several times to Kodansha. When I consulted, I was told that I was too busy to draw my manga. I was really worried. I was most worried ... because the work and the author are not necessarily equal, so if you hate the teacher, you might hate the work. I really liked Ishinomori manga. I chose the joy of being near my longing teacher rather than fearing that I couldn't draw my manga.

——So, immediately after graduating from university, become an assistant?

—— Speaking of the first year of Heisei, the year when Professor Tezuka (Osamu) died ...

Hayase That was one of the reasons why my thoughts on manga became stronger. When I saw Tetsuka-sensei's nephew on TV and teachers from Tokiwa-so, including Ishinomori-sensei, I felt that I had come with Gene, or a very deep connection. I don't want to be insane, but I want to serve my teacher like that.

—— If you were such a big fan of Professor Ishinomori, would you have been very welcome?

Hayase No, the opposite is true. Rather, it seems that fans did not take it. Squeeze the manuscript because you like it too much, or speak information you know outside. Because of that, the manager at that time seemed to be worried, "Is it okay to put that in?" (Laughs).

—— And then it was sunny and I became an assistant to Ishinomori-sensei ...

Hayase Yeah. However, although I was listening to the story, it was still Superman. If not, you can't get Guinness records.

—— You have left 770 works for the lifetime because of the “world's highest number of comic publications drawn by one author”. However, because it is a Guinness record, I know that it is amazing, but there are parts that are not easily pinned to the amateur.

Hayase Certainly, even if you are told about 300 pieces per month or a number, it may not come out right. There are various legends, such as the highest record of 560 sheets per month or 20 sheets of Fujio Fujiko's two people drawing 6 sheets a day. One of the clearer episodes I actually saw was that it was hard to keep the next manuscript from sticking because the ink would soon dry.

Hayase The teacher throws a manuscript at the assistant's room door when his pen is finished, but the drawing speed is so fast that if the assistant does not pick it up quickly, the next manuscript will fly immediately before the ink dries. .. It's a mess if the ink sticks to it, so it's desperate (laughs).

Hayase Still, in the 70's, it was said that the background was more precise than anyone else, and the characters were all drawn by themselves, and sometimes I would go out for a drink when Mr. Abiko (Sumo) invited me, and before I went to sleep It was my daily routine to read a book or watch a movie video.

——Because the teacher's studying career is famous. When were you sleeping?

Hayase I didn't sleep so much. Do you work every day until around 3:00 pm and then return to your room to read a novel or watch a movie? After eating with my family in the morning, I slept for about 3 hours, and I worked at about noon.

Hayase No, I basically went up while there was a train and came out every day around noon. Of course, when I was busy, I stayed up all night, but it was closed on Sundays, and I think it was a particularly bad working environment (laughs). 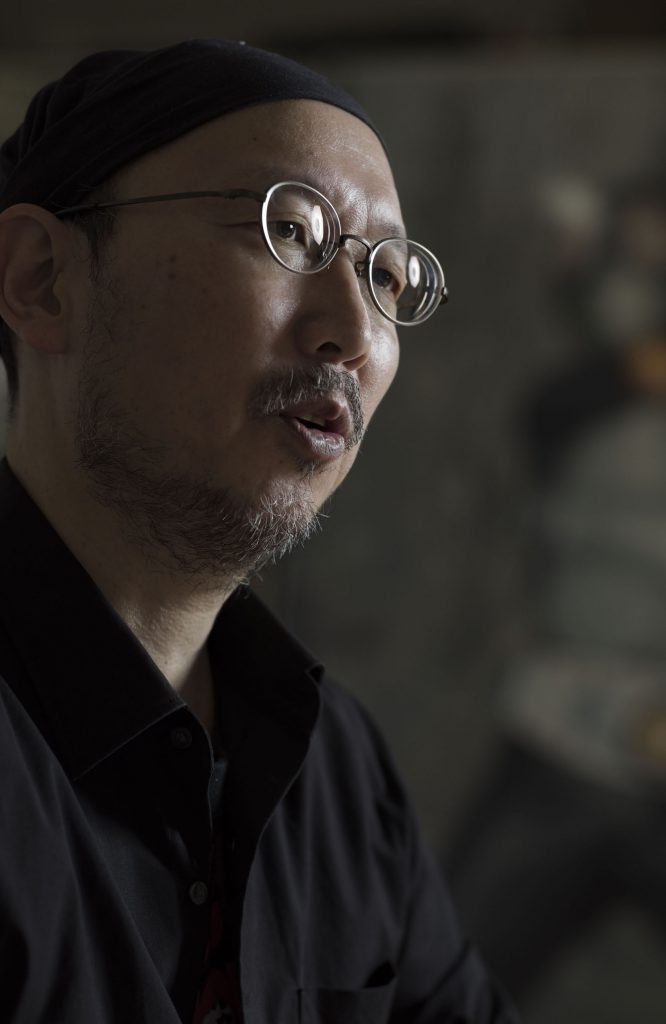 Genius with overwhelming sense and speed

—— But it ’s amazing that you ’ve raised that quality with that hard schedule.

Hayase Why was quality and speed compatible? I think this is one of the hints, but Ishinomori-sensei's line has no “stop”. For example ... Is it easier to understand if you imagine the boundary between the neck and the neck when drawing a person's bust-up? Suppose you draw your clothes first and then your neck. At that time, you usually stop the pen at the neck. However, in the case of a teacher, it just “flows” quickly. I'm running a pen with great momentum. The assistant has more steps to erase the protruding line in white (laughs). But that's why the line is alive.

-- So that's it! That's why you feel the movement in your manga.

Hayase In addition, the teacher's drawing of a woman seems to be like that from the same point of view as a painter. There is no fixed form ... There is a kind of fixed form in which a picture looks like this if you draw it like this. If you are a woman, you can draw it like a doll and there will be no loss. I think many people unconsciously draw that way. But Ishinomori sensei is different. That's why it's extremely difficult to manage. Draw a slightly distorted line, not like a doll. It's fresh. Become sensual. I think it's the last style that I calculated that it would be better to draw with the pen on, but the feeling of creating such a line is overwhelming.

—— If you are told, the woman that she draws is really sensual. But that speed was directly linked to style ...

Hayase It seems that when the teacher signed with several manga artists, the teacher's line was several times faster.

——But Ishinomori sensei is also a human being. Wasn't there anything negative?

Hayase I agree…. It seemed that she was not very good at teaching assistants. The teacher himself has almost no experience as an assistant or apprentice, and I couldn't understand who couldn't draw because I could draw anything myself. You've often been told to “draw like”.

—— Once the assistant learned from the teacher's back.

Hayase I am overwhelmed before I learn. After all, I can't sleep and the fastest stroke in the world, so I asked if I couldn't become a manga artist without this much. Only in later years, he said, "I knew humans would have to go to sleep."

—— I feel overwhelmed and want to escape.

Hayase However, at the peak of the year, there was a system that waited for an assistant to be available while working at a restaurant run by a teacher's relative. Some people ended up with just a byte without any space.

How to continue to make use of Shotaro Ishinomori

—— By the way, the sixth volume of “Genma Taisen Rebirth”, in which Hayase-san is in charge of drawing, was released the other day. I can't write the details (laughs), but I was excited by the strange world and the breathtaking development. I wondered if the pressure would be great as he inherited the masterpieces of two great masters, Kazumasa Hirai and Shotaro Ishinomori.

Hayase Yeah. Because it's still a work with strong fans. Therefore, nature and power also enter.

—— Are there any points you are careful about when drawing?

Hayase Is it that you're careful? Did you draw the “density” of the story of Genma Wars?

—— Is it “density”? Certainly, compared to recent manga, the number of frames is large and the drawing of one frame is dense.

Hayase The cost performance is extremely bad (laughs). Nowadays, the publishing industry is tough, so manga artists can't live without wisdom, so if you prioritize efficient talk, for example, you'll have to use a lot of face-centered characters and bust-ups. I think there are cases. If you have a lot of works, then ...

—— Contrary to the trend of the world, to express the profoundness of Genma Wars ...

Hayase I think the artist is alive as long as the work is out in the world. So, what I have to do is not rough promiscuity or selling me, but how to keep Shotaro Ishinomori alive in the future. The book is published under my own name, but I am still working as an assistant to Professor Ishinomori. And nowadays, how to make a manga like this is a luxury I can do because I am in Ishimori Pro. It's hard to find such a work these days. That's why I think it makes sense. However, sometimes I wonder, "Why are you doing this?" (Laughs).

—— I want more people to read this masterpiece. I hope that young people and those who don't know Shotaro Ishinomori touch it and read it with an interest in the original. And the generation who was reading the original in real time.

Hayase It's a huge hit. Even in the review of a certain site, people who seem to be fans at the time wrote hot comments. However ... the original was announced in 1967 ... exactly 50 years ago. The fans who were enthusiastic about that time are already in their 60s. Since it is basically an analog generation, there is a high possibility that it will not be possible to reach serialization on the Internet (Shogakukan Sunday Webburi). In addition, the cycle of newly published manga in stores is about one week, and the number of bookstores is drastically reduced in the first place. So it may be a miracle to see.

—— There are a lot of people who love manga even in the so-called middle-aged, but there aren't many opportunities to read it in many ways ...

Hayase In order to leave the content for future generations, I have to tell young people, but at the same time, I want to create an environment where old fans can get.

——What is the work you want to write in the future?

——V3? I thought I would raise a rarer work, but it is in the middle of a straight ball !?

Hayase No, no. Actually, Professor Ishinomori does not draw V3 manga.

Hayase The special effects image is probably too strong.

—— I remember that the V3 that came out next time when I was No. 1 and No. 2 in the special effects series changed the design, and I felt very fresh! It was cool! I'm sorry, I'm an old fan (laughs).

Hayase V3 is a rider born by being modified by No. 1 and No. 2. Because it is such a setting, I think that the story of No. 1 and No. 2 will not be completed unless V3 is drawn. I want to settle it there. Kamen Rider is one of Ishinomori's masterpieces, but I think that many people do not know it now, so if you got interested in "Ishinomori Shotaro" ... At the root of my work is the desire to discover his work.

—— Please make it happen! I expected to have!