It's a different summer than usual, so let's actively enjoy it differently. No need for heavy luggage. You won't get sick when you move. Given that, it is not bad to travel with the power of "imagination" given to humans, rather than actually going far. Why don't you travel around the world with Ishinomori's work this summer? (Ishinomori's work has a wide range of time travel destinations for space and the past and future!) 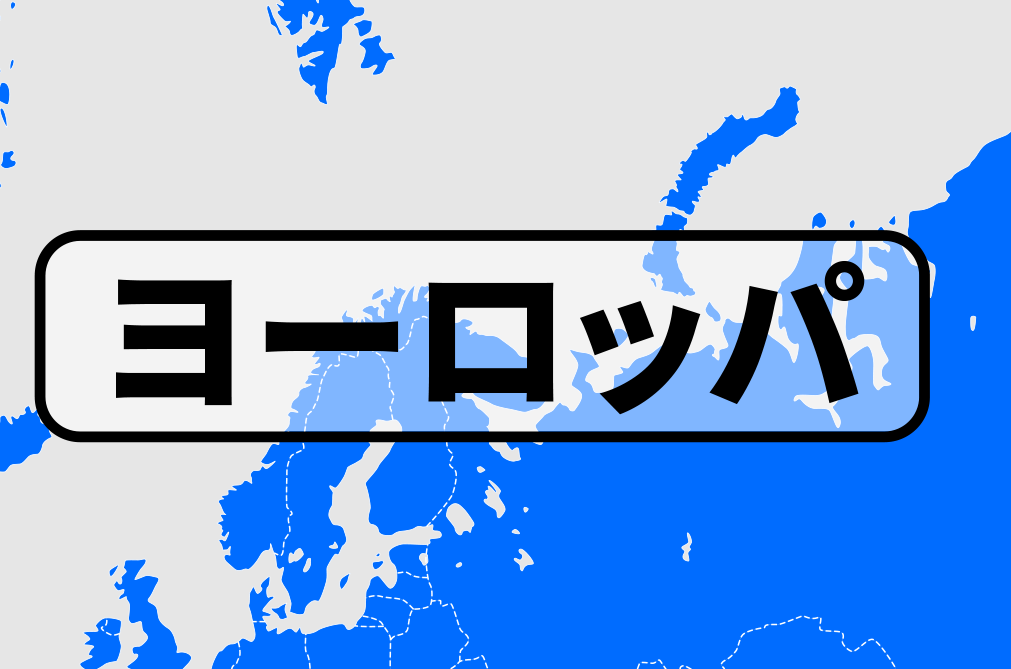 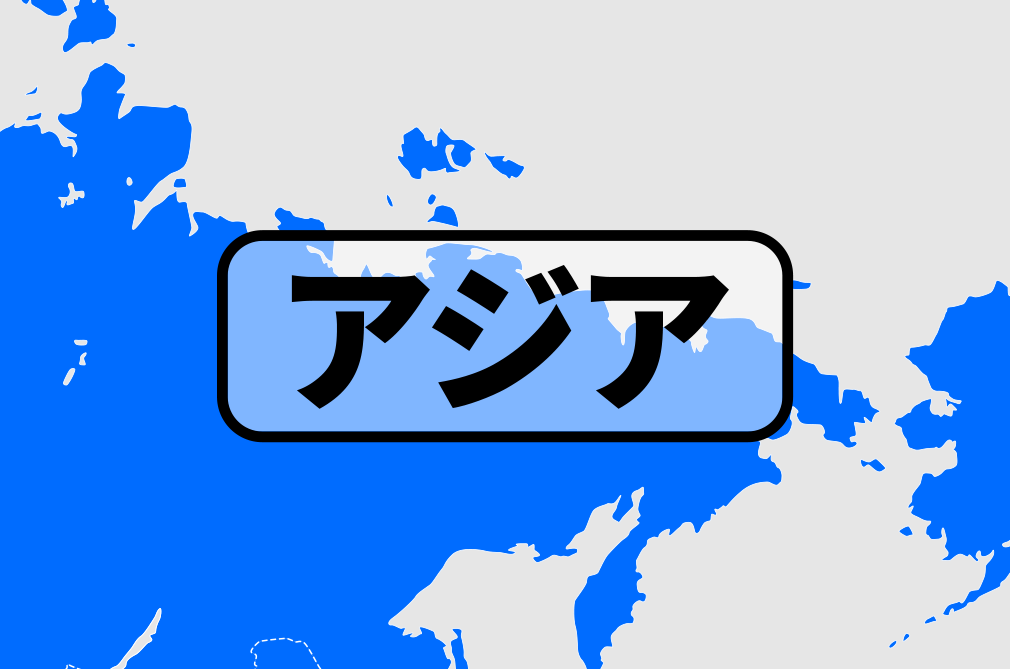 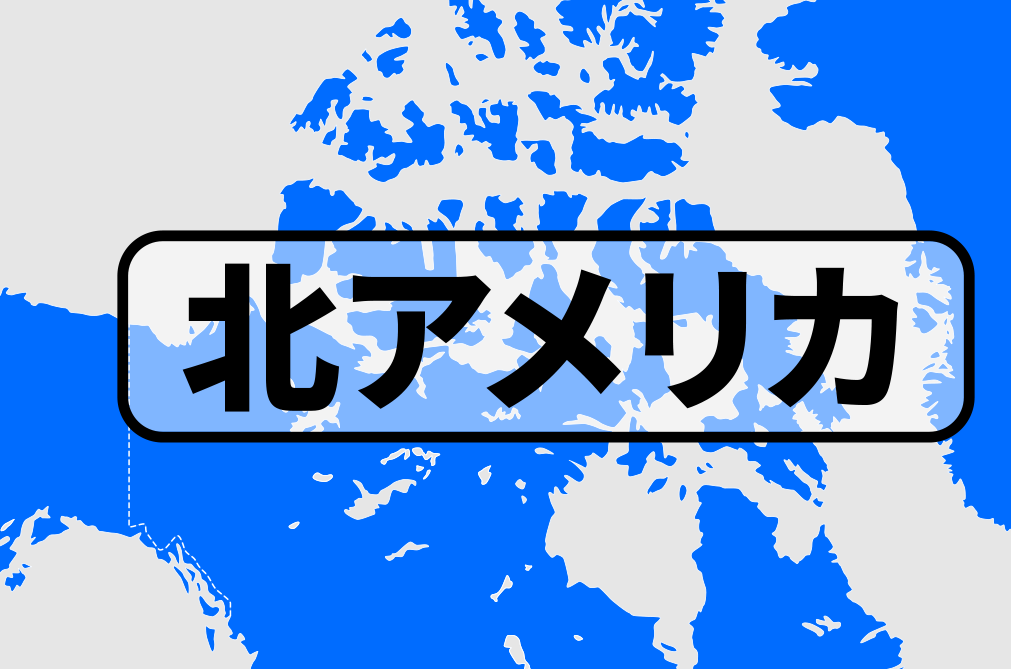 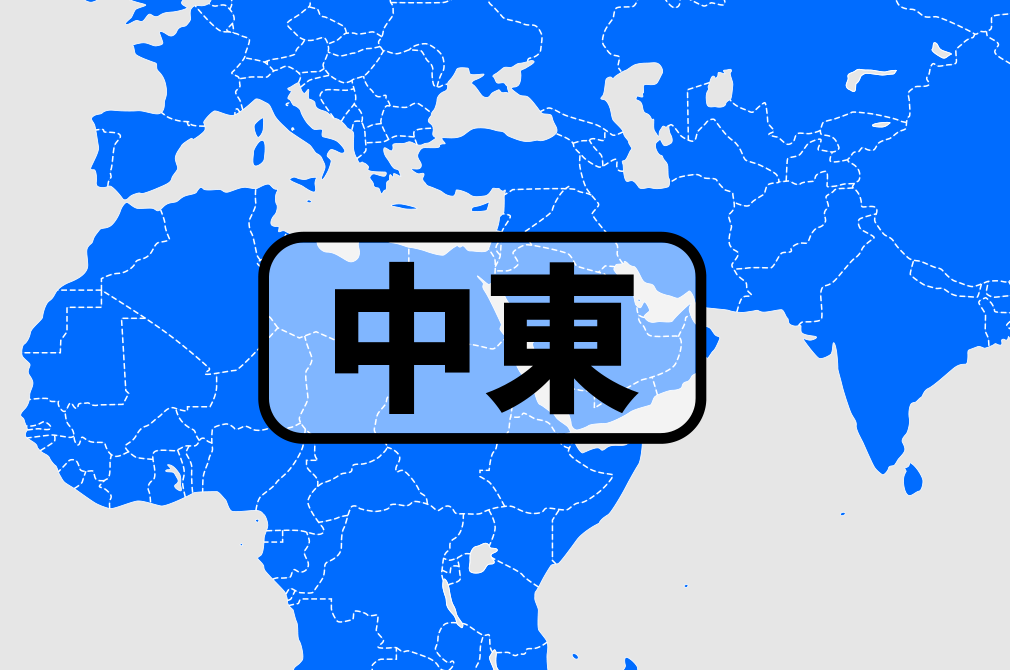 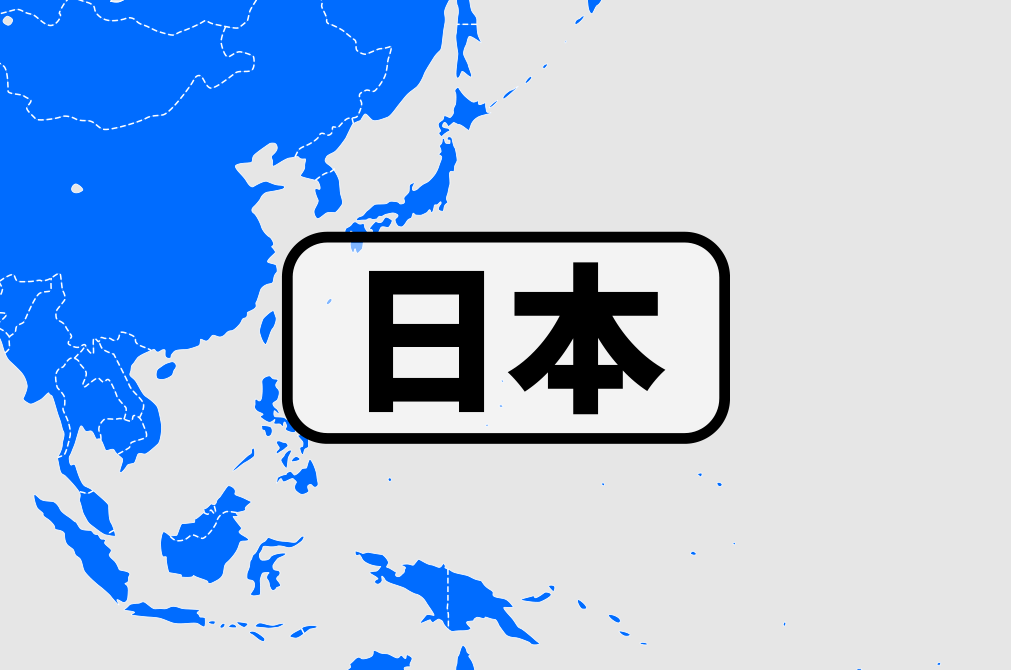 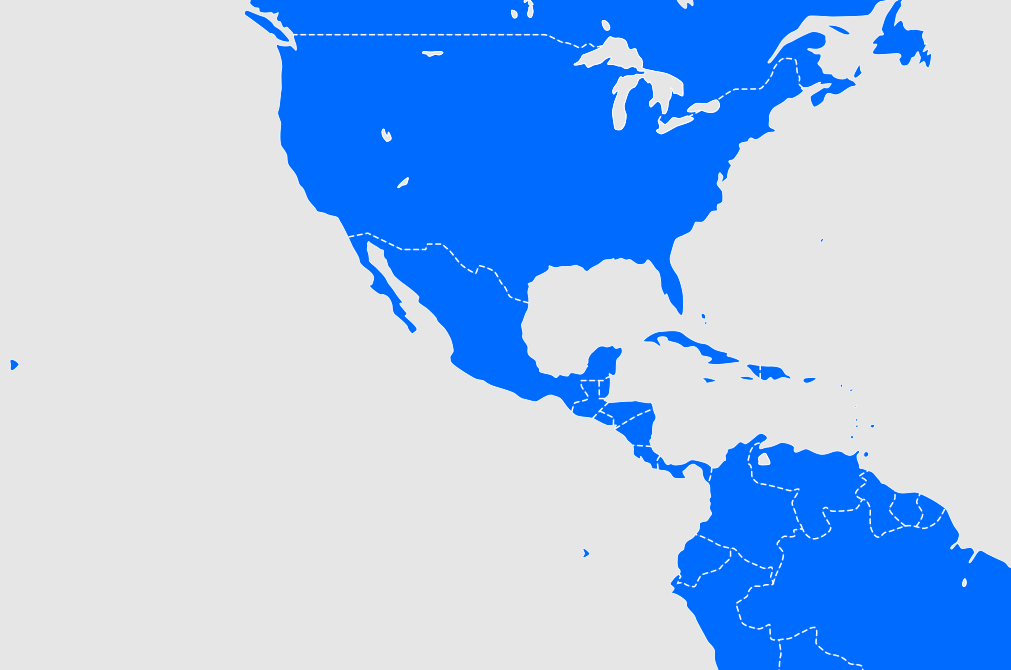 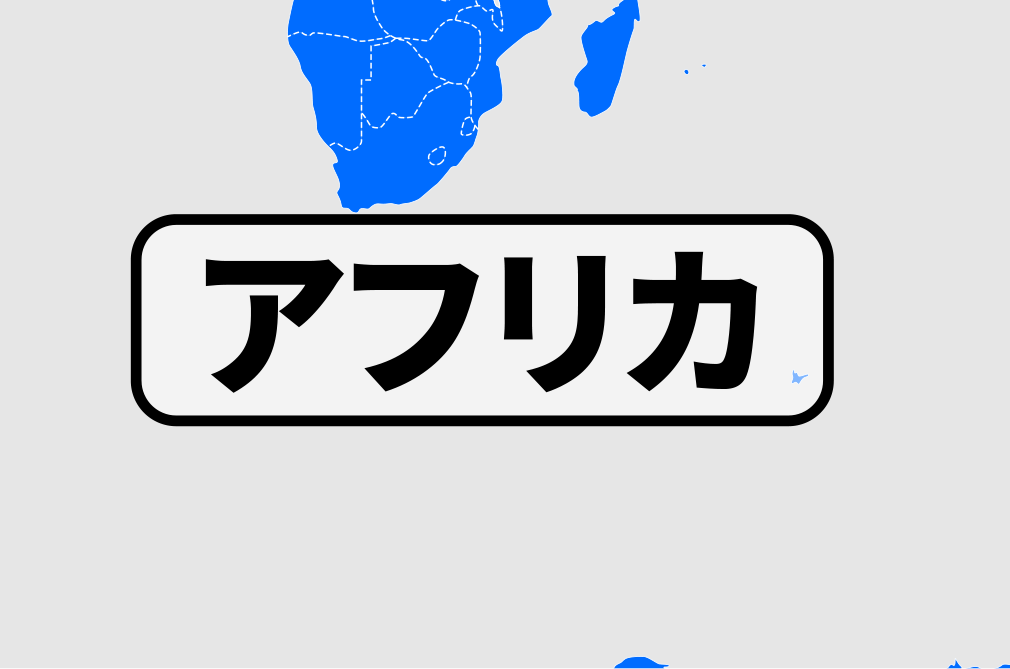 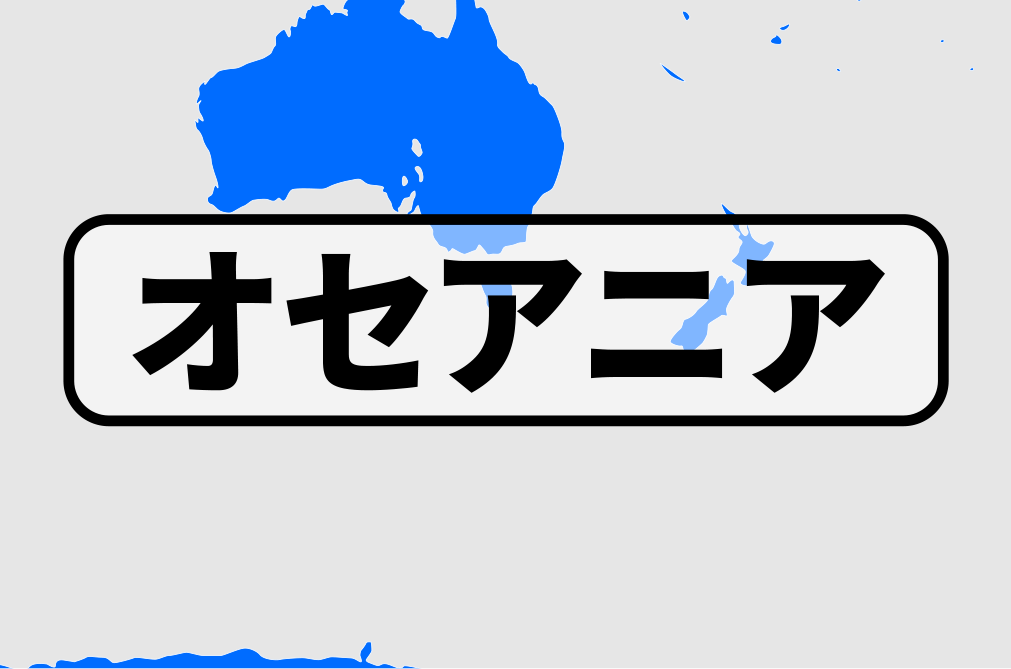 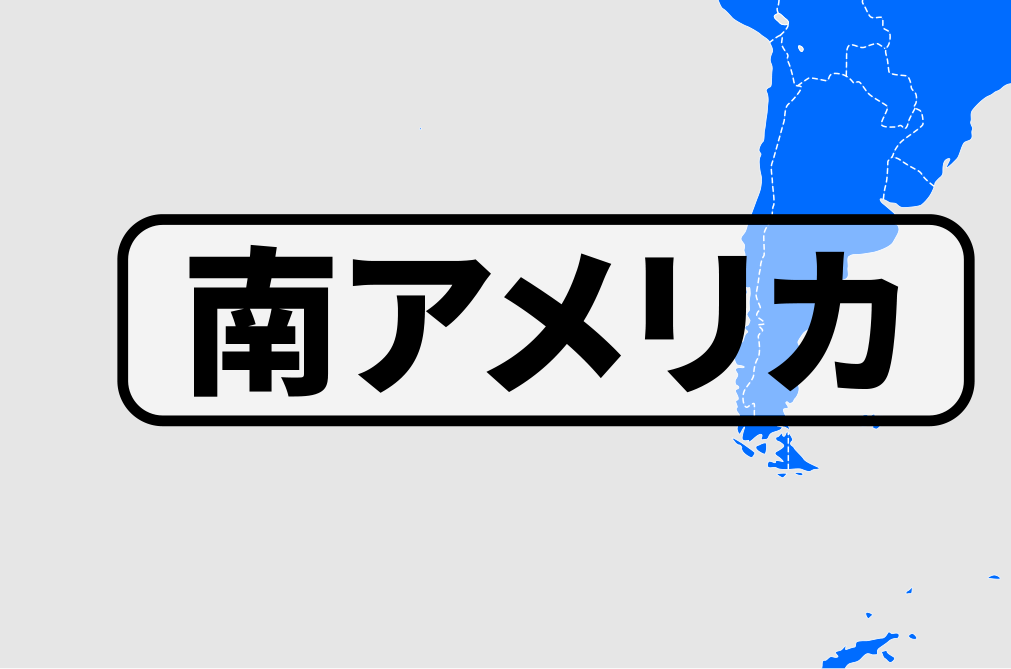 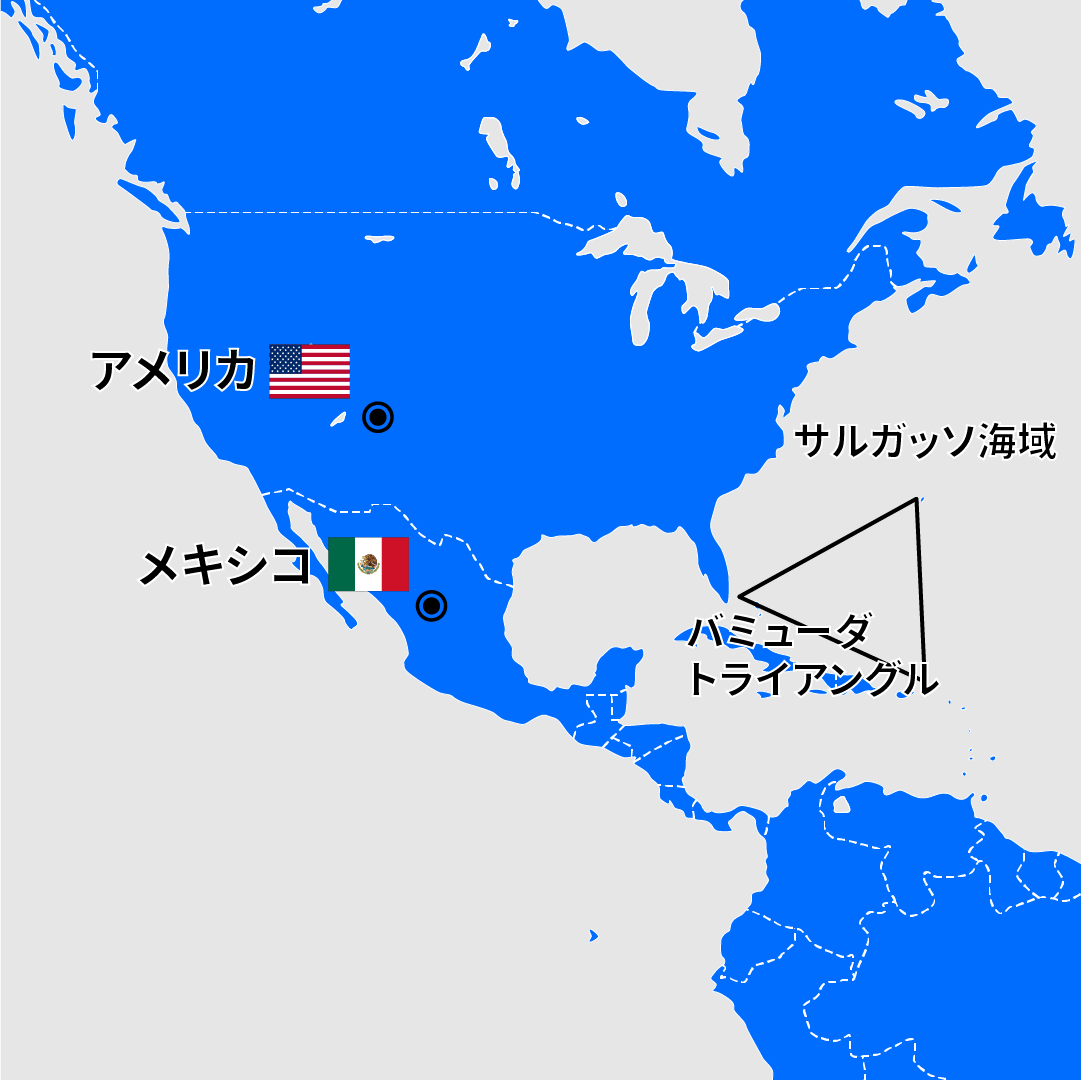 In 1961, when individual travelers were not allowed to travel abroad, when Shotaro Ishinomori, aged 23, traveled around the world, the first overseas trip was the United States (Honolulu). From there, the world trip for 70 days begins, but it seems that the memory of the United States, which can be regarded as "The Overseas", was strong, and the masterpiece "Cyborg 009" However, Cyborg 002 Jet Link from New York and 005 Geronimo Jr. from New York are set as the hometowns of two people with very different characters.

Of course, the country of America has appeared in many works as a place of various battles and as an important stage of the story. "Temporary Rider Black" And "Genma Battle" Then New York. "Time slides" The United States is also the stage for such works. Speaking of the United States, it was also a country that offered a great theme to Hinomori, who was a big science fiction fan. The Sargasso Sea is a treasure trove of biodiversity, with many floating substances (mainly algae) gathering because the ocean current creates a large vortex, and at the same time, it is also called the "sticky sea." Furthermore, the Bermuda Triangle, which is said to be a sea area where passing ships and aircraft suddenly disappear without leaving any traces ... and the curiosity of Hinomori with the policy of "may be Al or maybe Nai". There are many themes that respond to the needs.

Furthermore, in Mexico, the land of Aztec is "Cyborg 009" It is the stage of. This feeling for ancient light may be considered to be the basis of the entire work of Hinomori. 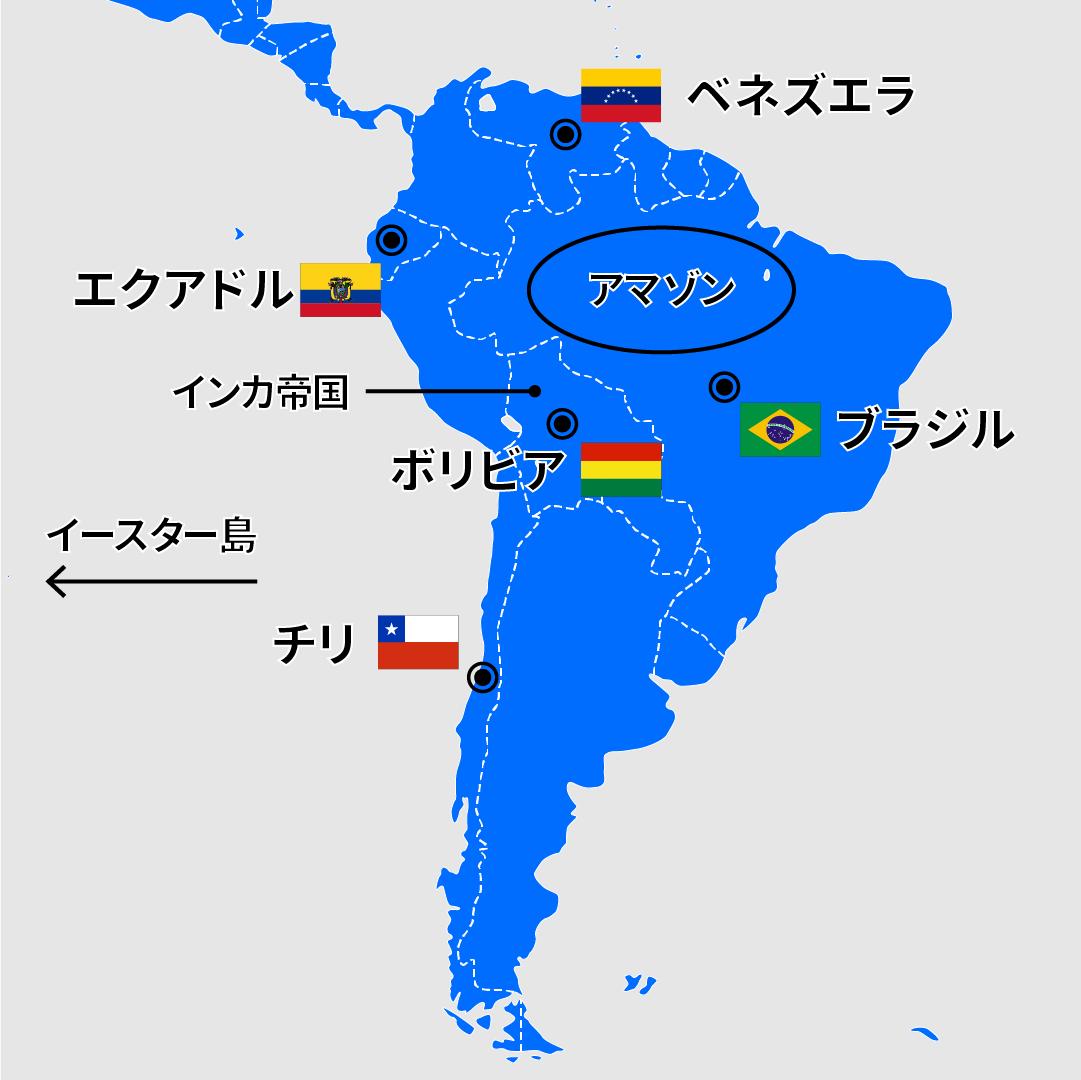 In the south of Hinomori, the first thing that comes to mind is "Kamen Rider Amazon". right. The development of being remodeled by ancient Inca science has clearly changed its taste from the previous work, and it seems to be like Hinomori who was always looking for something new. "Temporary Rider Amazon" The birthplace of Brazil is Brazil, and "Aoikemono" But as a symbol of the wilderness, "Unexplored 3,000 km" But it will be set in Amazon.

His interest in the Inca Empire as a clarification strongly stimulated the curiosity of Hinomori, and "Cyborg 009" Bolivia appears as the stage of the battle. In addition, the giant islands found on Easter Island in Chile and the Galapagos Islands, which belong to the Republic of Ecuador, are also depicted in episodes of cyborg warriors, and are strongly attracted to the ancient light of the South and the wilderness of the Amazon. I can tell you that. 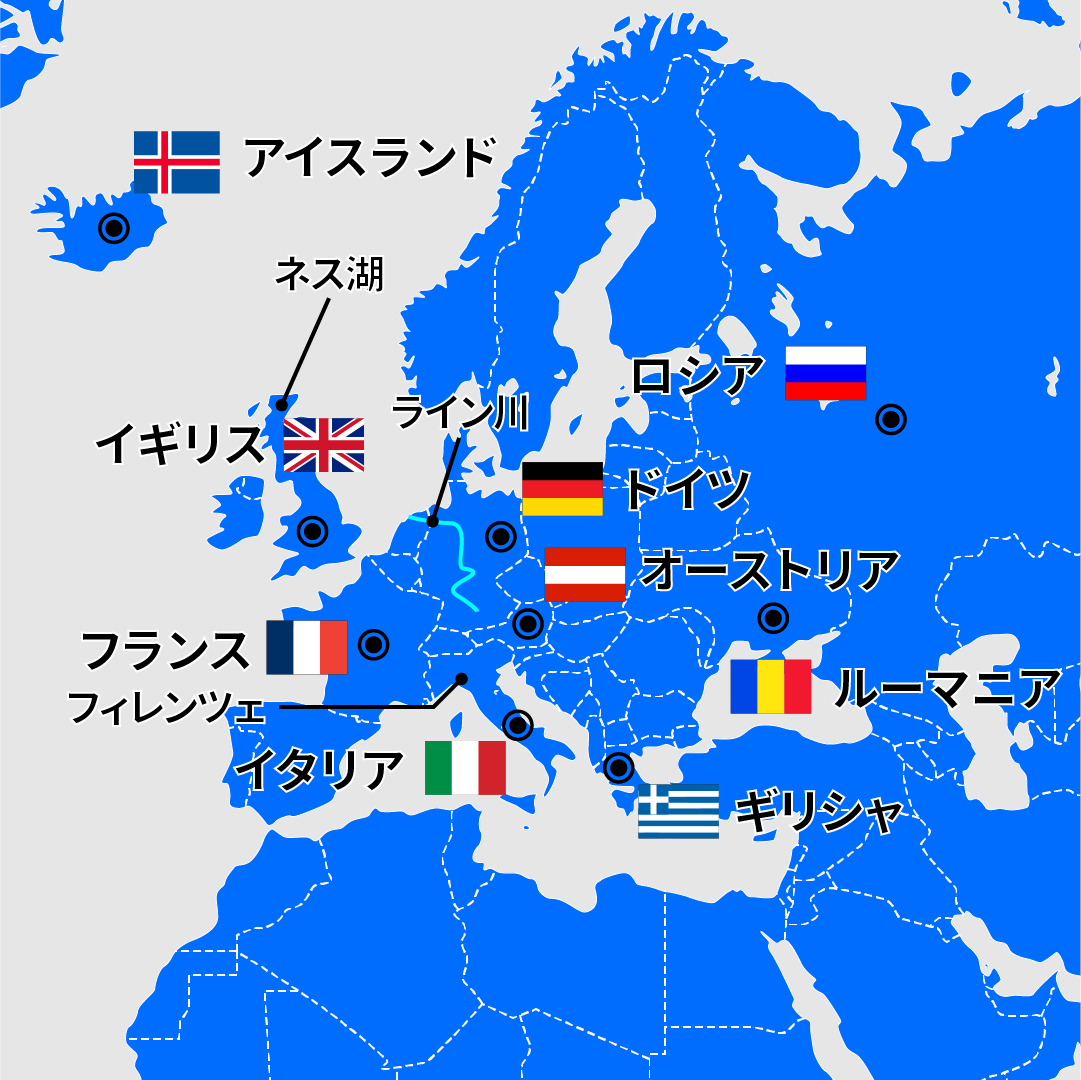 Europe was the place where the year of Hinomori, who made the round of the world, spent the most time and enjoyed it. Perhaps that's why there are so many characters and stories set in this area. "Cyborg 009" From 003 Francoise Arnoule (France / Paris), 004 Albert Heinrich (Germany / East Berlin), and 007 Great Britain (UK / London) are from the European region. As the stage of the battle, Greece, Germany (Rhine River), Iceland, Scotland (Loch Ness in northern England), Austria (Tyrol), Florence (Italy), etc. are drawn.

I tried to bring the series work back to the origin. "Temporary Rider Black" Even on the important stage of, the atmosphere of the European city that was breathed in during the world trip is densely expressed. In addition to cities such as Paris and London that overlap with the origins of zero-zero number friends, Athens is also depicted, which reminds us of ancient times while traveling the world. "Time slides" Then, the legend of Romanian Dracula is also drawn, "Grand Tour English-style large study trip" Then the whole of Europe is drawn. 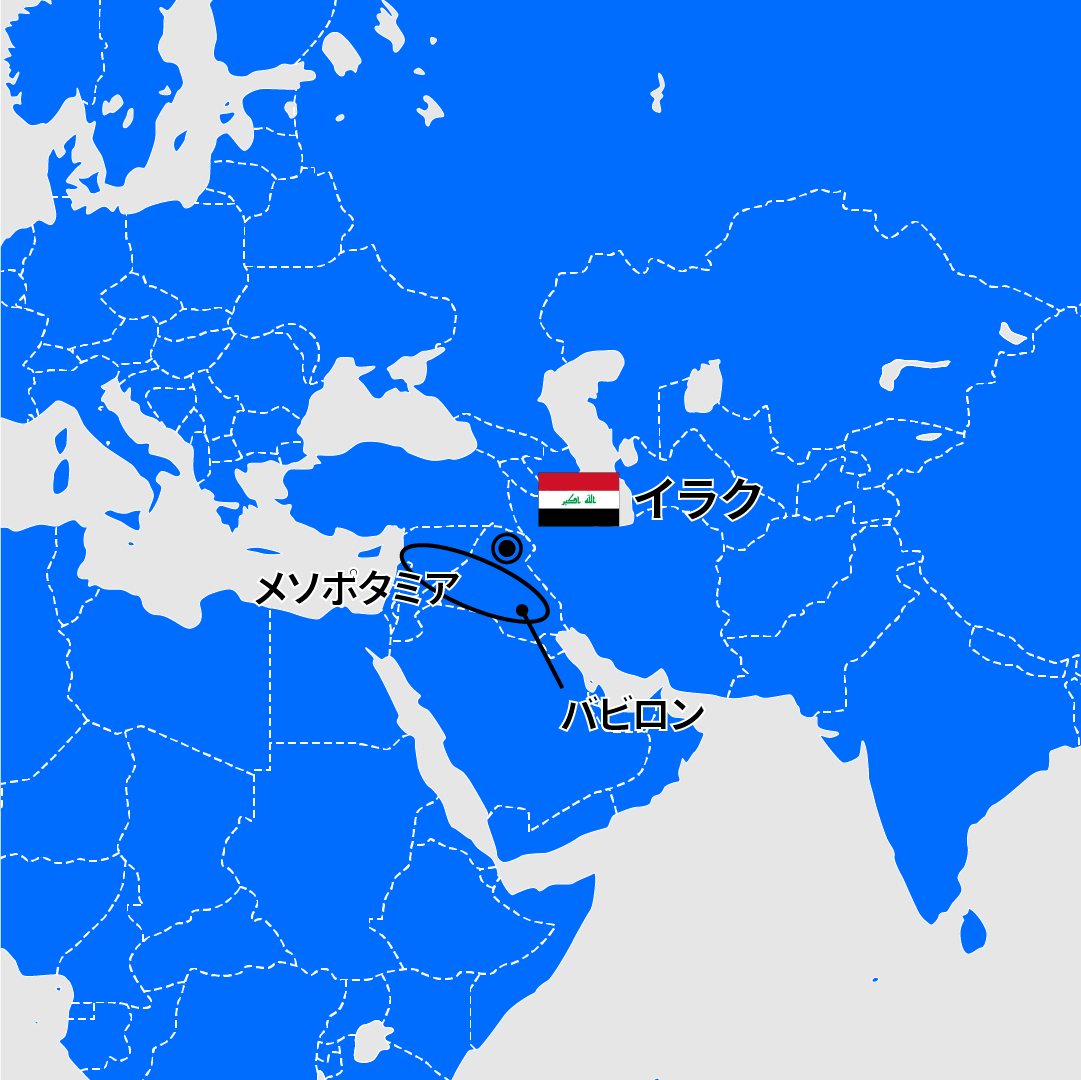 The land of the Middle East was often depicted as a region as a whole, not as a specific country. "And ... no one is gone" In the short story "Esper K" contained inside, it is drawn as the whole Middle East, "Cyborg 009" Then, it became a single theme as "Middle East edition (Desert Moses edition)". Babylon, an important base in ancient Mesopotamia, is also depicted in "The Dragon of Ishtar (Silsh)". 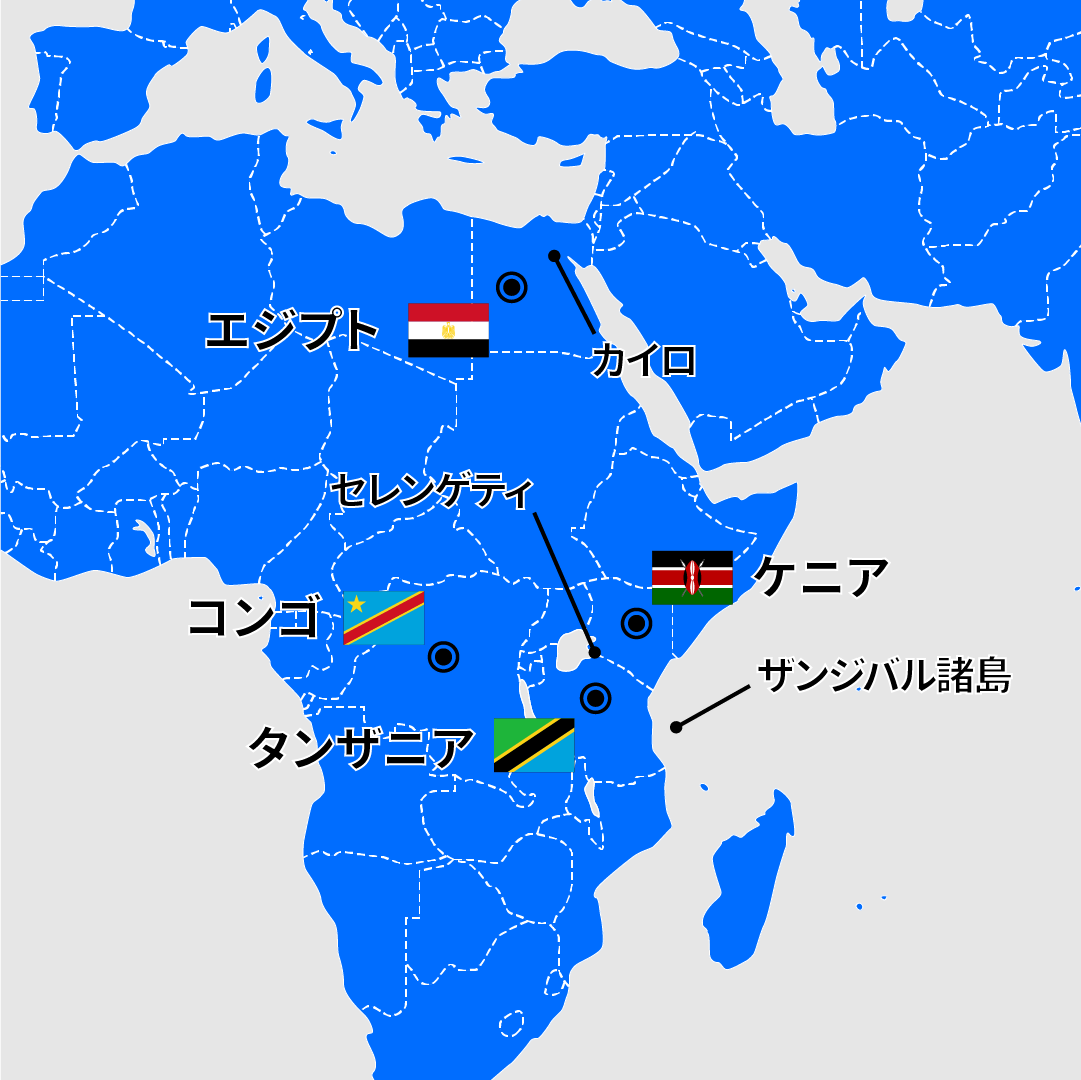 Africa is the birthplace of 008 Pyunma, a zero-zero number cyborg. In the old setting, it is Kenya, now it is the Democratic Republic of the Congo (former name Zaire), and the latter is "Cyborg 009" It also appears in "The Fountain of the Spirit (Diide)". There is no doubt that the region of Africa strongly stimulated the curiosity of Hinomori. The first time I visited Egypt was around the world, but I expanded my interests and painted various Africa. "Cyborg 009" The fact that Pyunma from Africa was burdened with various heavy themes can be seen as proof that Hinomori had a strong relationship and awareness of the problem.

Serengeti (now Serengeti), which currently belongs to the United Republic of Tanzania, is a natural heritage of the world, and is also the place where Pyunma, who is a poaching control officer, is active in peacetime. By the way, Egypt (Cairo) said "Cyborg 009 It also appears as the stage for "Pharaoh Virus Edition". There is also a spin-off called "Naked Zanzibar". 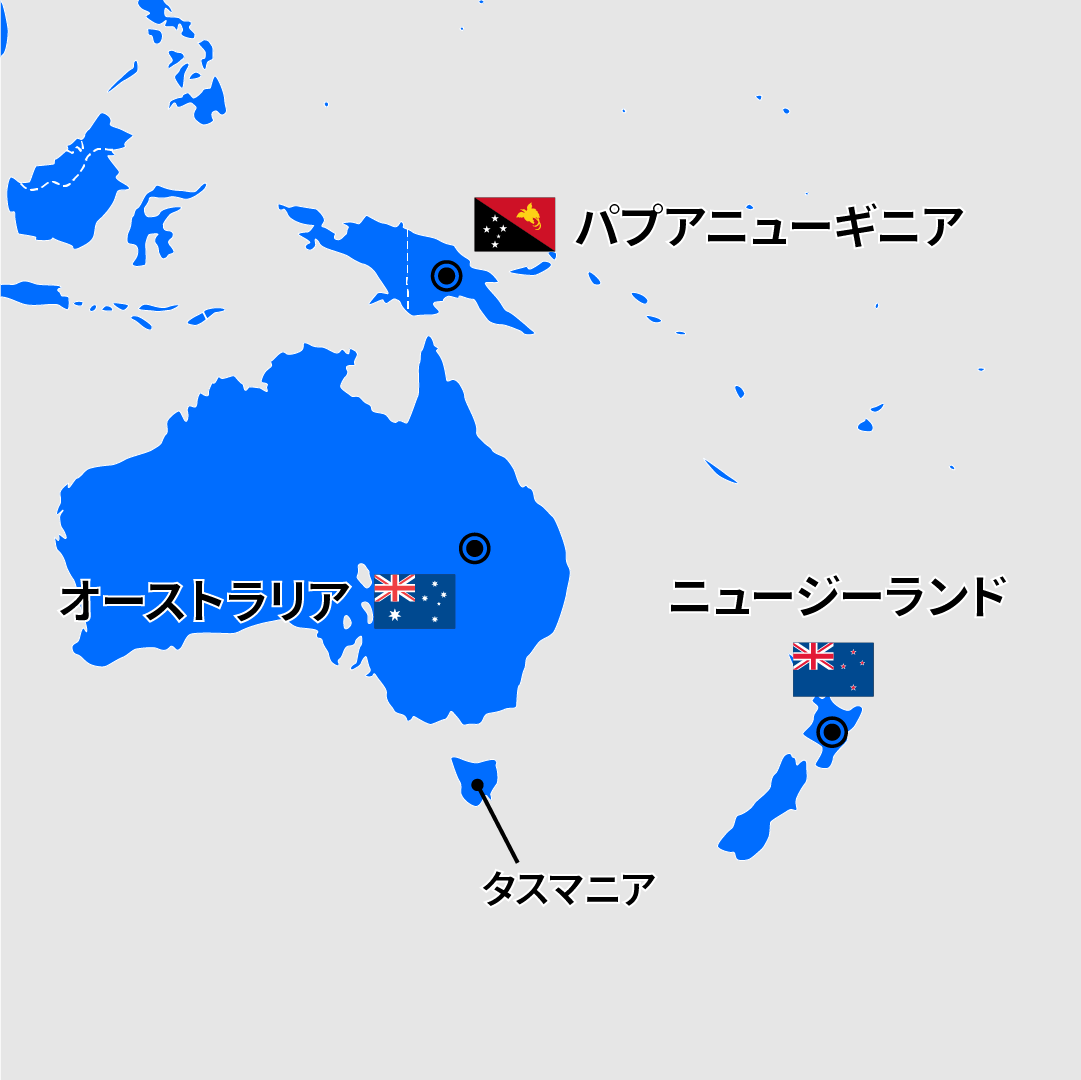 Oceania region is "blue monster" It can be seen as the main stage of. The journey to New Guinea, New Zealand and Australia in pursuit of mysterious beasts can be enjoyed as a journey. "Great aggression" Then, a native Tasmanian island (Australia) is depicted using a certain device to negotiate with a nuclear power.

Also, "Temporary Rider Black" Australia plays an important role in. Kotaro, who has been teleported to Ayers Rock, meets Aboriginal human Gum and female Feach and talks about the ruin of the world. It is an impressive act with a wide and natural contrast. 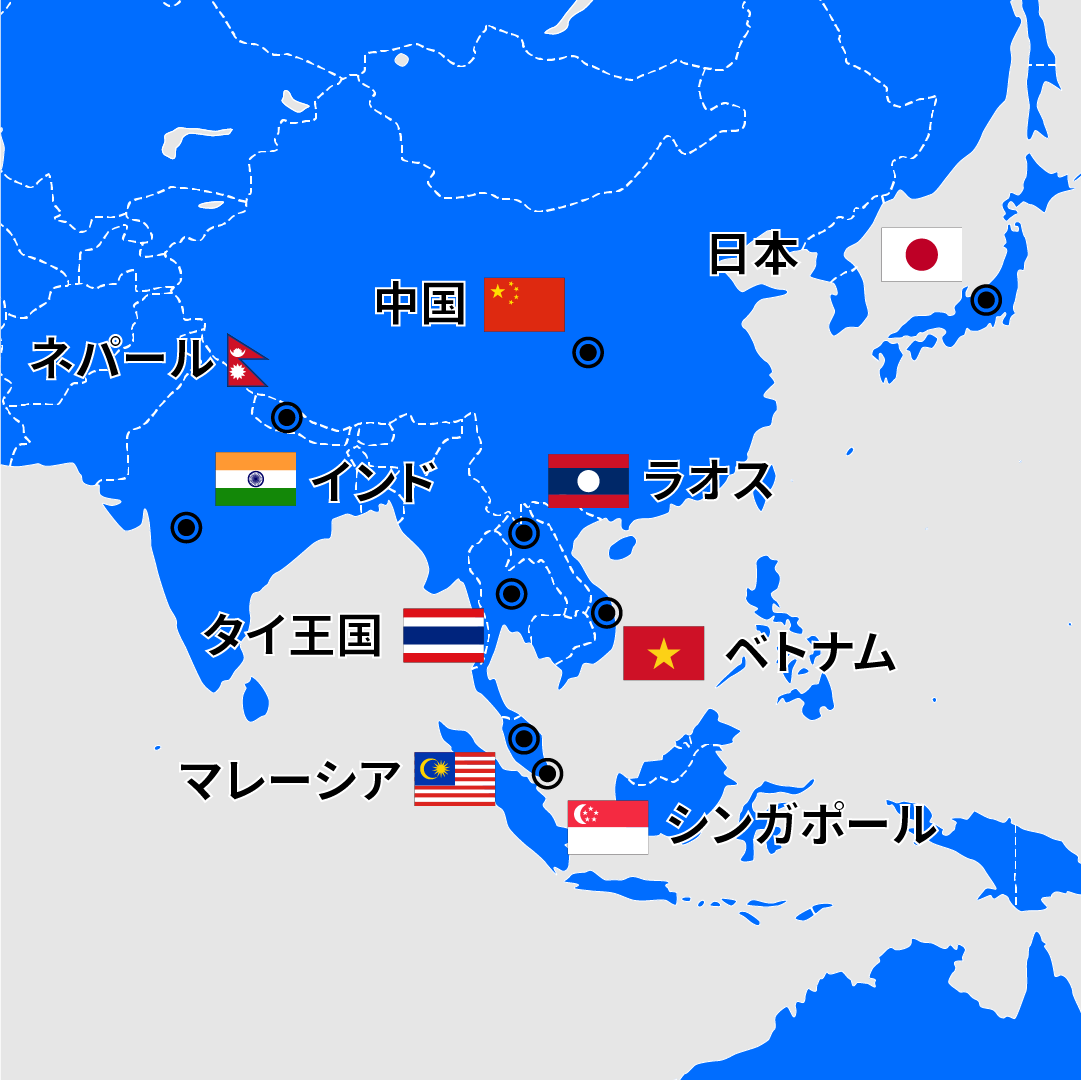 There are many works set in Asia, probably because they are close to Japan in terms of distance. The neighboring China is the origin of Cyborg 006 Chang Changku. Of course, "Cyborg 009 It is drawn several times during the work of. Also, "Time slides" Then China in the Ming era. "Saryutan -Kansho-" Then, the battle between Kaoru and Liu Kun will be unfolded throughout China. "Temporary Rider Black" Hubei Province, "Children's Road" Then, in Henan Province, and in addition, "Hinomori version of the river, Yuuki" . The story of the adventure from China to Tianzhu and now India. I'm looking forward to seeing how Hinomori drew this.

Then Nepal. This is "Temporary Rider Black" It is depicted as the place where the base of the dark association Golgom is located. A large area with a Himalayan vein, which plays an important part in the work. Thailand, Laos, and Myanmar, which border on the Mekong River, are known as the "Golden Triangle". "Cyborg 009 It is depicted in "The Three-sided Zone of the Blue". Formerly known as the world's largest drug moonshine zone, nine Joes are coming up to defeat the great evil that distributes this area even during the production.

Vietnam also said "Cyborg 009 A country that is densely depicted in "Vietnam". Since the series started in the middle of the Vietnam War, it must have been an unavoidable theme. Singapore and Malaysia are "blue monsters" Appeared in the introduction section of. A variety of wild animals may appear, making us think about how to interact with non-human animals. 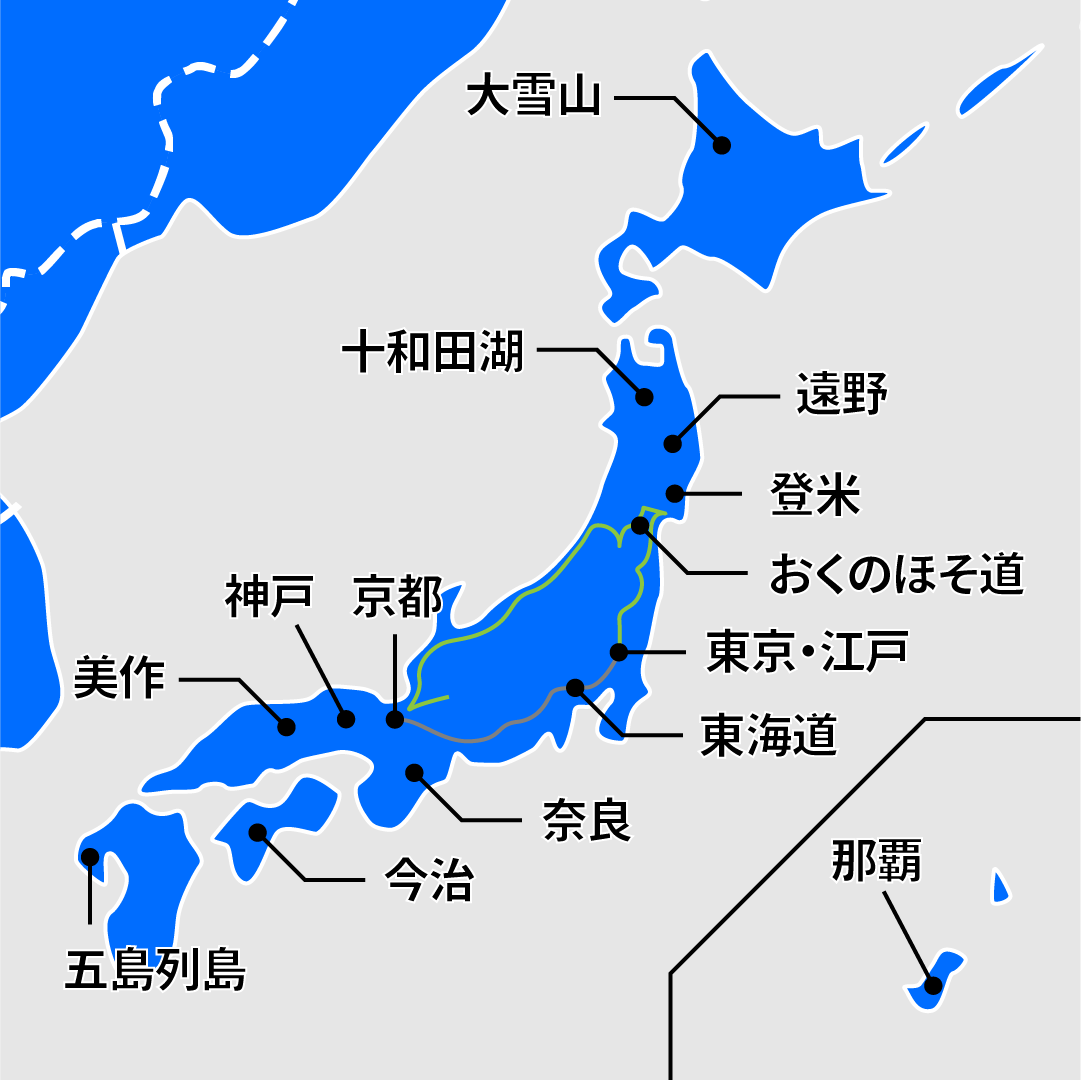 Finally, let's touch on the stage in Japan. Feature film "History of Manga Japan" The scenes in Japan are depicted in various works, including Tokiwa-so (Toshima-ku, Tokyo), which moved to Tokyo shortly after moving to Tokyo, along with memories of the young manga artists who worked hard together. Appears in the work of. "Tokiwa-so Monogatari""Charmera of Tokiwa-so""There was a Beethoven death mask in my room.""Like a sword ... a sword that is too tall""scissors" …. Above all, "Time slides" Then, in addition to Tokiwa-so, the animation production company Studio Zero (Nakano-ku, Tokyo) made with friends is also drawn.

In the same work, the area named Ihatov by Kenji Miyazawa, Tono City (both in Iwate Prefecture), which is the stage of Kunio Yanagiya's "Tono Monogatari", is captured live. "Cyborg 009 Then, a lot of stories are spun, such as Hokkaido Oyuki (phantom butterfly edition) and Goto archipelago (dolphin and boy edition). "Temporary Rider Black" Then, Naha, Kyoto, Nara, and God are set on the stage. Kyoto is a historical drama gag near the Meiji Restoration "Let's do it" Also appears in. Sci-fi romance that ponders the mysterious ruins and phenomena that remain in the back "Legend of the Stars Agartha" Lake Miwa (Autumn Prefecture, Mt. City) is depicted in.

And ... the hometown of Hinomori appears "Medaka of Ogawa" .. With this beautiful short story, I would like you to feel the nature of Miyagi Prefecture (currently Shotaro Ishinomori's hometown memorial hall and home) when Hinomori grew up.