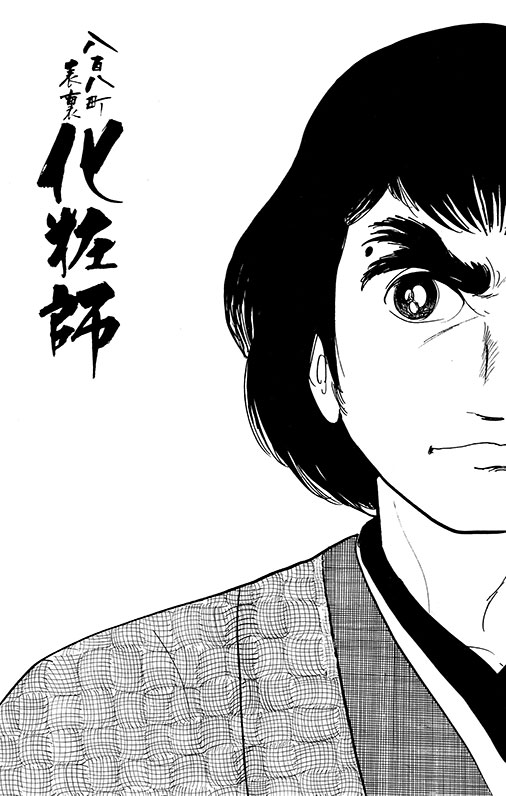 Even genres that I didn't watch when I was a child can be enjoyed and enjoyed when I grow up. One of them is a work of the genre called "era drama".
In particular, the Ishimori period drama has an emotion, mood, delicateness, and depth, and when you draw the period drama, the touch suddenly became serious (laughs). You. The era is also perfect, and it groans about it, but only the works that I will introduce in the future incorporate elements of modern drama so as to think that they are intentionally blown away.
The protagonist is an Edo makeup artist named Shitei Kozuma. In modern terms, it is a makeup artist. There are a lot of subjects for catch-up books and personalities, but I am motivated to draw works on themes that no one has ever drawn, such as making make-up professionals when drawing historical drama. It's full. Even today, fashion-related work, such as the makeup and apparel industries, is at the forefront of the era, but I feel Ishimori ism from the idea that the occupation was in the Edo era.

When you search for this work on the Internet, the work introduction states that the protagonist's method of directing Edo culture is a novel one that is familiar to the modern advertising industry, and a business plan alongside “Introduction to the Japanese Economy”.
This introduction was a scale from the eyes.
Even though I have read this work until now, I thought it was a story about a makeup artist from the Edo period, but it did not feel like a business manga. However, when I saw this introduction and looked at Manga again, I felt that the world was expanding so I could not think that I was reading the same work I had read as it was now .
I think that it is a work unique to the author who works in many genres and works from many perspectives. When I heard about this business, which was set in the Edo era, I first noticed the novelty of the setting. Have you ever tried to paint a business drama of a historical drama?
Next time, we will talk about the historical drama in this new field. 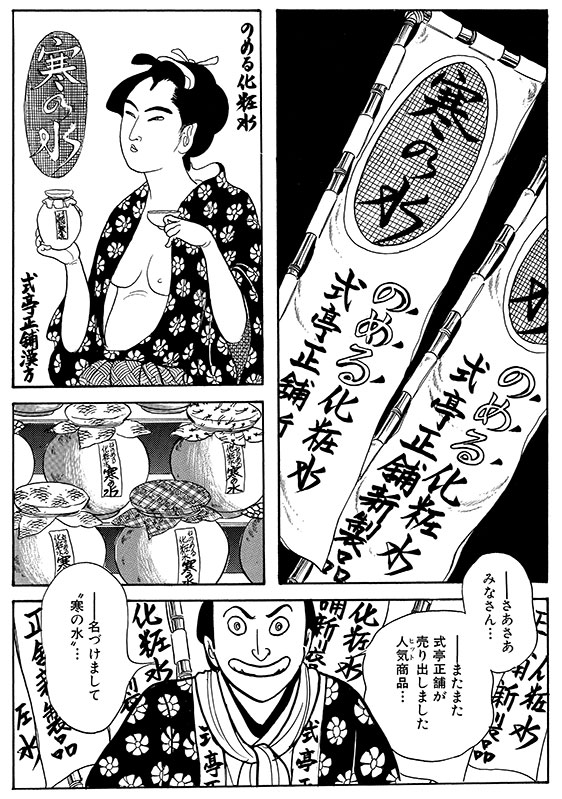