I used to have a regular drama called "Skevan Criminal". Although the manga is the original, it is not an Ishimori work. The work of Shinji Wada. Thankfully, I have appeared in both Part 1 of the Saito Yuki starring and part 2 of the Minamino Yoko starring. It was the setting that the Skevan detective starring that Yoko was originally wearing an iron mask. I think the subtitle is "girl Iron Mask Legend", still a strange setting unique to the original manga.

This work was announced in 1974 and 75 as a comic book of the Weekly Shonen Magazine and the separate Shonen Magazine. As a substitute for a criminal who wears an iron mask known as a steel face cross, the fact that a former detective is forcedly worn is the beginning, and it becomes a steel face figure. Speaking personally, I felt that it was vague when I first started to read whether it was dramatic if there was a deep reason why I had to be in this iron form. As you go through it, you will find that more important things are the theme than that. The daughter of my martial arts master, who used to think about it, is given a mask that is shaped on her face, which is worn on the mask. At that time she throws such words. "It's not the only one who lives with the real face hidden under the mask." When you hear that word, you can not feel Ishimori Ism, not just a bright, complete hero who just struggles with suffering. 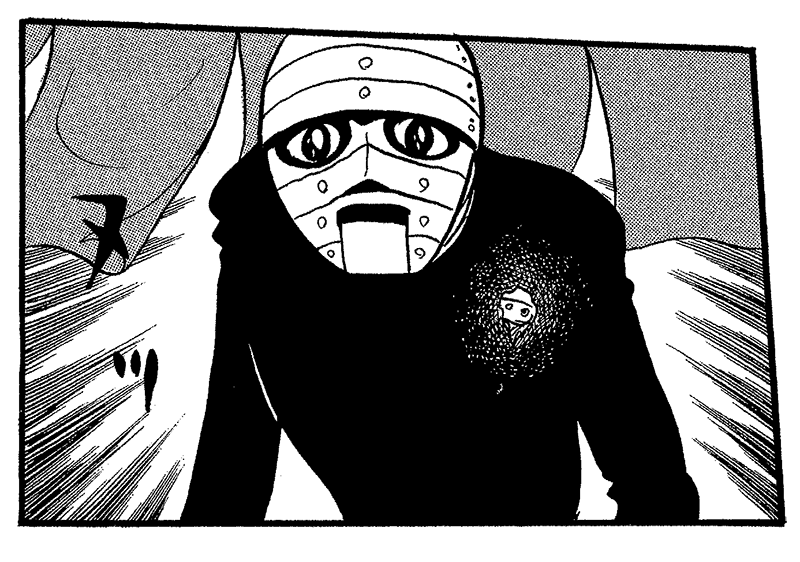