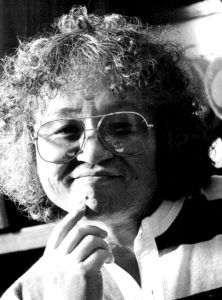 Mantaro Shotaro Ishinomori made the characters speak a lot of quotes in the 770 titles. However, he has also left behind many “words” that sparkle in various interviews and writings.

Let's focus on some of them. This encounter may be a guide for future life. In addition, we reprint the 1978 dialogue with Mr. Stan Lee, the protagonist of Marvel Comics Takamori who died a year ago last year! Please read it!

High economic growth is a kind of economic war, and I realize that it brought about the same devastation mentally. In other words, it seems that there is the same situation as when we lost everything at the end of the war in 1945. At that time, everyone was frustrated in front of the burnt fields. Somehow I got up and wanted to build a house in this burned field and feed my children a lot.

There are trees to build a house. In the era of high economic growth, we just cut down trees in front of us, built houses and built buildings. On the other hand, he may have forgotten to plant trees and grow forests. The devastation has caused a flood of despair now. I feel like that. (* 1)

Japan, which had reached the end of the war in August 1945, when Shotaro Shonen entered elementary school, shows economic growth that is said to be a miracle. On the other hand, however, many negative parts such as pollution problems and worship have been created, and at the same time as the 21st century, it becomes a big social problem at the same time as the world.