On July 23, today, on the anniversary of the opening of Ishinomori Mangakan in Ishinomaki City, Miyagi Prefecture, a serialized serialized version of the special effects hero and toy information magazine "Hyper Hobby" (Monthly) was published as a serialized hero manga, "Sea Jetta". —Kaito ”(3 volumes in total) has been turned into an e-book and distributed.

"Sea Jetta-Kaito" was born in March 2004 as a hero of Ishinomaki Mangakan in Ishinomaki City by the rough sketch of Shotaro Ishinomori by Masato Hayase (Professor Ishimori). Masato Hayase also worked on manga drawings, and "The hero statue fighting and suffering with the power of the enemy" is a content that also shares the theme common to Ishinomori's work.

If you haven't read it yet, please take a moment to touch "Sea Jetter Kaito". 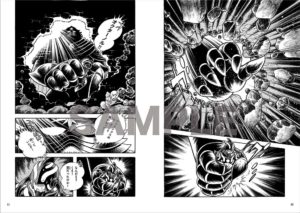 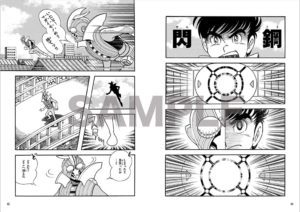