In the flip book "Manga is Manga!"

The artists have collaborated! !! !!

It was a coincidence.

One night, a music lover Ishimori professional staff checked off the volume of the flip-flop music. The existing piano music was also very good, but it was from a simple interest: "What if other music would be on this video?" The staff checked it while listening to the music of various artists, but when I put it on the music of an artist, I felt a mysterious feeling.

The storyline of the flip book and the development of the music was amazing. The staff watched the flip animation again and again according to the music. And I tried to show a flip animation with UQiYO's music on my niece who couldn't believe in my own sense and didn't understand anything. His wife was crying, saying, “I was impressed that the video and music were perfect.”

“Ship's feat. Moto Chitose” was a collaboration song between UQiYO male vocalist Yuqi and female vocalist Chitose Moto. The staff was listening to the male voice linked to "Shotaro Ishinomori" and the female voice linked to "Sister". When I looked into the song, it was released on January 20, 2016, and I didn't know what happened, including the rights. The staff decided to approach the artist side immediately and ask that they want this flip animation to use music.

I actually made an appointment and had you watch the flip animation with the music. I felt that the flip book and UQiYO's “Ship's feat. Moto Chitose” are a great match.

I was contacted at a later date.

The artist was a bilingual artist who grew up in Chicago. When I was a child, I loved drawing manga, and I bought and studied manga textbooks by Shotaro Ishinomori at a bookstore. I was a big fan of Ishinomori's work and was happy to help. The rights relationship was also cleared successfully, and UQiYO's “Ship's feat. Chitose Motochi” was used as a collaborative song for the flip animation “Manga is a painting”.

This time, as a professional Ishimori, many people watched Para-Anime, and I wanted to know “Shintaro Ishinomori” again, so I translated telops in nine languages other than Japanese. It is now available on Ishimori Pro's official YOUTUBE.

Please be sure to check out “NEW Parapara Anime” in collaboration with “Ship's feat. Chitose Moto” from UQiYO. 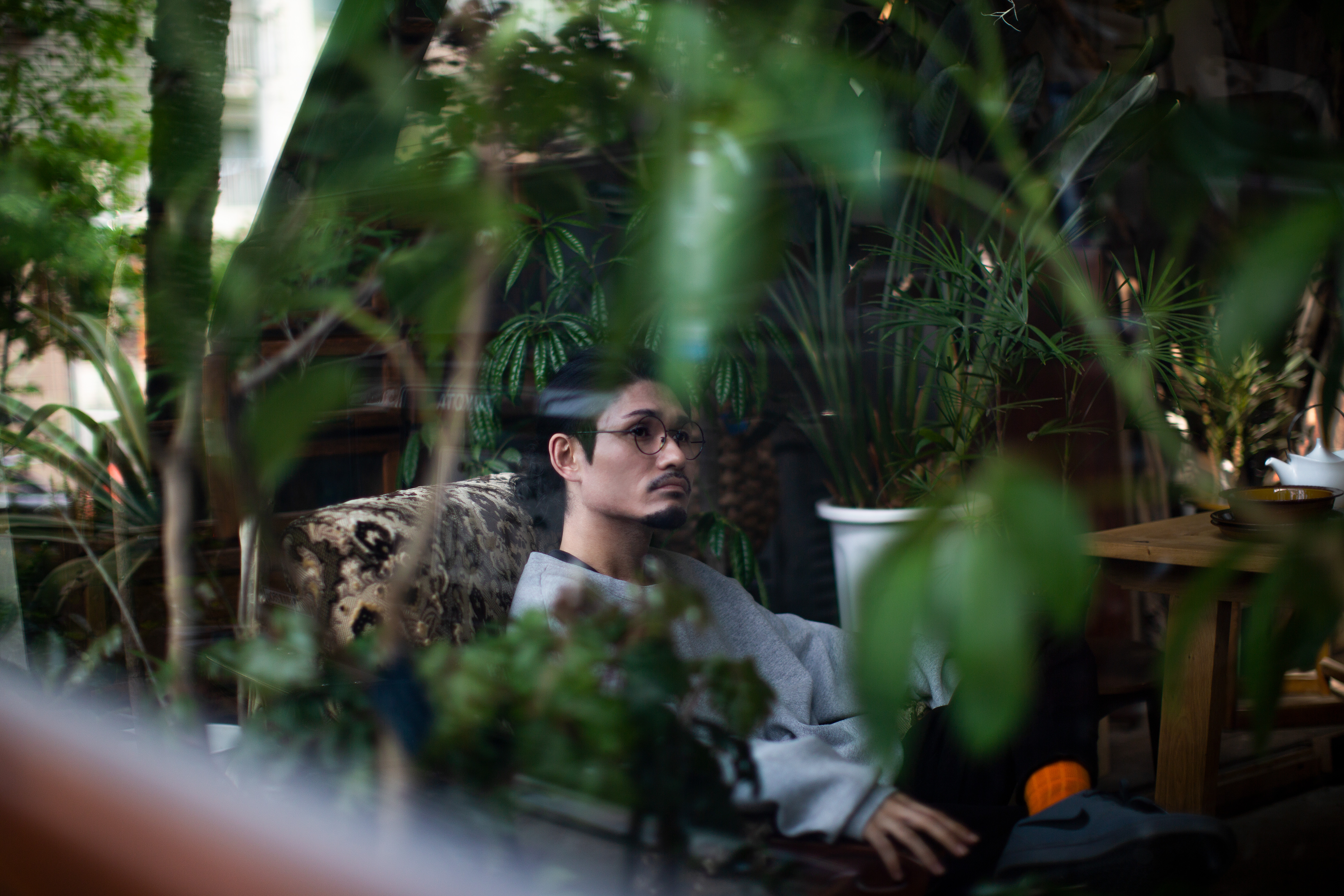 Vo / Composer Yuqi, Dr / Percussion Sima unit. Started activities in 2010. Released the album “UQiYO” in May 2013. Reputation spreads through word of mouth and its high musicality attracts attention. In January 2016, the first mini album “Black Box” with Chitose Motochi as a guest was released. The attitude and style of constantly trying new ideas have gained the attention of many people with the sympathy of creators active both in Japan and overseas. As a new attempt from April 2017, Spotify, Apple Music and other subscription services announced new songs every month, and UQiYO songs were chosen for playlists not only in Japan but also in the UK, Germany, Finland, etc. It has spread. The album "Stones" (Stones), which collected the songs, was released on April 11. 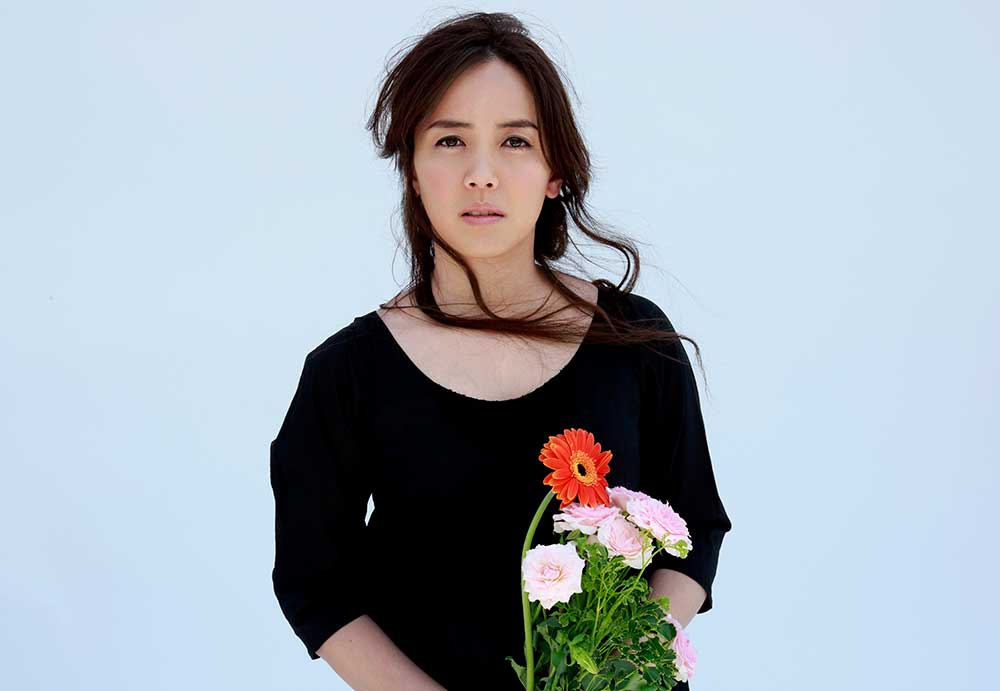 Born in Amami Oshima, Kagoshima Prefecture. Debuted in 2002 with "Wadatsumi no Ki". As a vocalist, he shows his unique voice and presence on various stages. In 2015, he won the 57th Japan Record Award “Planning Award” for the album “First Year of Peace”. In 2017, we celebrated our 15th anniversary.
He is one of Japan's leading female singer who has been doing vigorous activities while setting up a base of life in Amami Oshima.

Why is it a flip book?

Even if you know works such as Cyborg 009, Kamen Rider, Kikaider, etc., I think only a few people know what kind of person and what kind of cartoonist life Shotaro Ishinomori was. For those who are not interested in works and manga, I think that it is a flip animation that can be easily seen in a few minutes, dare not a picture of Ishinomori touch, but a picture that can be seen by women and children I made it. Opposition to dad, older sister from other worlds, high school graduation, college reporter, newspaper reporter, movie director, etc. Worried about working as a cartoonist instead of a dream, not as a tourist before liberalizing overseas travel I borrowed from each publisher as a reporter and looked around the world. From overseas experience, I created international cyborg 009 that brings together the abilities of each person, but it is difficult to accept the publisher In addition to drawing comics as a manga artist, he has created characters and heroes for TV programs one after another. In addition, he has learned about Shotaro Ishinomori, who has expanded the possibilities of manga to the field of education, and is also interested in his work. I would appreciate it if you could bring 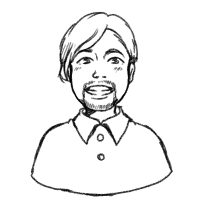 I was careful not to be too cute about the picture. I asked you to feel a strong will in a soft image.For the story, I had a hard time getting all the points together so that I could empathize within a few minutes, and talked many times with the screenwriter.As for music, I thought it was very important for directing emotions and thought that the piano was good, so I shared some sample images with composers and made them original for this work. Thank you.

What I want to convey through flipbook anime

20 years have passed since Shotaro Ishinomori died.Numerous heroes were created, and after the death, Ishinomori-sensei's intention was inherited, and new heroes were created in various forms such as manga, anime, and live-action. After seeing the story that overcame the hardships and sorrows of Professor Ishinomori, I thought that it would be nice for each person to take a step toward the work, human relationships, goals and problems in front of me. It was.And from now on, Ishinomori-sensei would like to create a story that can move not only the heroes, but everyone's emotions while thinking about what kind of heroes will be created in this era. 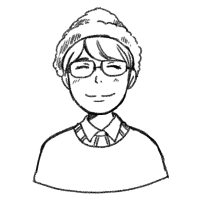 Where I was most concerned about this work

I think that 009 in the second half ran around and carefully paid attention to the moving part!

The most difficult part

It was difficult to draw tokiwaso's friends together.

This is a scene where the youth of Ishinomori grows up after her sister died. 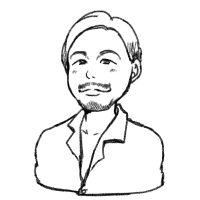 Where I was most concerned about this work

The most difficult part

An expression of the age.
It was difficult to imagine the era and life that Dr. Ishinomori lived, and the scenes that did not reflect the background of the times were corrected many times.
Lies and exaggerations were misleading and difficult.